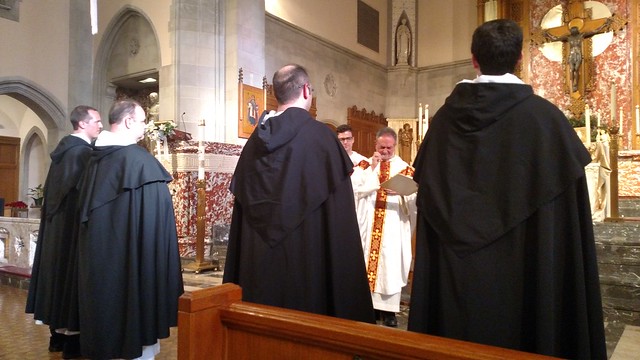 It has been a bad year to be a Catholic.  A really bad year.  But there are glimmers of light and I was blessed to have been part of one of them recently.

I have not written about things Catholic for quite awhile.  It has been a year since the revelation hit that Cardinal Theodore “Uncle Ted” McCarrick had, through a period of decades, sexually abused a number of seminarians and young priests under his authority.  All this after a similar scandal back in the early 2000s which resulted in massive changes in reporting and investigating abuse.  But not abuse committed by Bishops, alas.

For anyone interested in an update as to where this all stands a good summary can be found here, so I do not intend to dive back into this stuff again. At least not as of now.  Suffice it to say that Bishops the world around (up to and including those in Rome) have acquitted themselves poorly on this score, whether by actively committing abuse, protecting those who have committed it or by failing to address something that every last one of them knows to be a problem.  That McCarrick’s misdeeds came to light only after the discovery that one of his many victims had been a minor tells us that we may never have known the extent of his moral rot had he checked IDs on his victims before abusing them.

Most are familiar with the five stages of grief (denial, anger, bargaining, depression and acceptance).  I have spent most of my time in steps two and four.  I do not see my self making it to step 5 because the idea of accepting this kind of behavior puts me right back into stage 2 in a sort of emotional loop that sends my soul crashing.

I was able, however, to see something beyond all of this mess recently as I watched my son and three other young men commit their lives to something unique.

I have written before about my son and his journey from his intended life in sports broadcasting into one as a Dominican friar. By way of review, the Dominicans (or, more formally, Order of Preachers) were founded by St. Dominic in 1216 as a religious order within the Catholic Church. Their purpose is to live a life poverty, chastity and obedience in the service of study and preaching.  I went into some detail about how religious orders fit in with the Church as a whole here, so I will not plow that ground again.

My offspring’s journey took a really big step a couple of weeks ago when he made his solemn profession to the Order.  This is not a priestly ordination, but rather a permanent commitment to the Order as a marriage might be for most of the rest of us.  In his words, where his name has been written in pencil for the previous five years of discernment, it has now been entered with a Sharpie.

I took my seat in a somewhat unsettled state.  Not unsettled with what would be happening, but with the dry, unsettled feeling of scandal-fatigue.  It keeps coming in wave after wave and I am having a difficult time getting back to basics.

But they got me with beauty.  I am convinced that beauty is a tremendously under-used method of evangelization.  My weekly worship experience is in a big white box.  There is the occasional banner but not much else in the way of adornment.  The music is simple, usually with a piano and the hymns are often, well, uninspiring.  There is much good there and many friends, but the physical experience is underwhelming.

On this particular day in a church in the Chicago suburbs, I got the full meal deal which few get to experience today.  The Catholic Mass should be all about the senses.  The building was beautiful.  When my mind wandered, the eye found an anchor point which directed the mind back to why I am there.

There was incense for the nose.  Scripture readings and preaching was for the ears (something that is generally done quite well in my home parish) but there was a level of music (in terms of what was chosen and in how it was performed) that was oh, so fulfilling in a way that is difficult to describe.  Whether it was the instrumentalists, the impressive choir or the grand old pipe organ, there was no mistaking that this was not an ordinary day.

One by one the four men took their vows and were formally accepted as brothers of the Order.  And in what may have been the most touching moment of all, we witnessed the Dominican custom in which every Dominican in attendance lined both sides of the center aisle as the new brothers made their way down to the end of one side and back up the other with a welcoming embrace from their brothers (and sisters).  This was a long, long center aisle and the display of familial welcome was truly awe inspiring. The other feeling that welled up within me was one of hope.  The failings of Catholic clergy over the previous generations has been on display for all of us to see.  But in these four young men I saw hope.

They are going down this road because they believe in the one who first marked the path and they wish with all their hearts to follow it.  These are not guys who will tell us what we want to hear in order to juice Sunday collections or numbers in the pews.  These are men who are ready to do the hard work that has sadly been ignored by too many of the clergy in the past.  They know what Catholics should believe, they know why Catholics should believe it and they know that it is their job to get we ordinary folks in the pews to see and understand and join in the mission.

There was a time when the Church’s message was warmly greeted by the western world at large.  These men know that this time is over.  They know that their task is the salvation of souls and whether their individual role is in teaching, administration, public preaching or one-on-one conversation, they aim to go about their work and to help clean up the messes they have inherited.

I realize that four young men in the midwestern US will not solve everything that ails the Catholic Church these days.  But they are a start, and a good one.  They give me a kind of hope that I and so many others need desperately.

It has become common in my part of the country to, when encountering a current or past member of the military, thank those people for their service.  I now realize that these young men are signing up for a lifetime hitch which will involve fighting a war of a different sort.

These men will not only be fighting against the evil which has been in the world from its beginnings, but against evils within the Church that absolutely must be eradicated to the maximum extent possible.

In the 1980s the U.S. Marines said that they were looking for a few good men.  The Catholic Church (and the Dominican Order within it) are doing the same today.  I can say with confidence that they have found some.  And I thank them for their service.

Opening photo by the author, all rights reserved