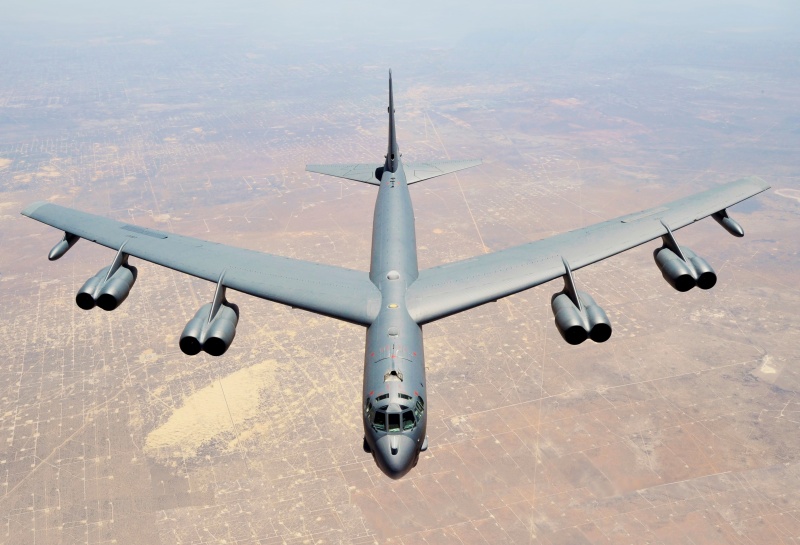 It’s true – I just went back and counted to confirm it – I have put 51 new blog posts into the can in 2019 and need one more to make it a complete set. So I thought I might try something new this year.

52 has many mental associations for me. There is the B-52 aircraft pictured above, a military bomber that has been in service since before I was born. Then there is the card “game” of 52 pickup, which my older cousin Mike invited me to play. It was less fun than I expected (because the “dealer” throws all of the cards into the air and lets them fall on the ground, leaving the other “player” to pick them all 52 of them.

This post is, however, about none of these things. Instead it is about blog post number 52 for the year. What does one do when completing another set? Everyone in media loves to go back and do a “Top Stories of 2019” or something like it. But I thought I might go back and update a few of the things I have written about over the year.

Back in January I was finishing my third office move in four years and stopped to reflect on the usefulness of the hand truck my grandfather (the German farmer in my life) had welded up many decades ago. It is good to not be doing that again this holiday season. But I have been involved in moves of two of my kids as well as some stacks of boxes into and out of storage. The old hand truck continues to make my life better, in practical ways and otherwise.

February may have marked the post that I am most proud of, at least in terms of adding real, genuine information to the internet on a subject where there was almost nothing there – at least nothing very accessible. My piece on the 1940s recording that became the theme song for the Harlem Globetrotters involved a deep dive into some really obscure parts of the Web to pull together a tribute to an old performer who has been mostly forgotten.

I learned one really hard lesson this year. Early on I decided that I would rely on outside sources for audio files for my music posts. I highlighted one of them, the YouTube page of MusicProf78 whose wealth of old recordings online made my life so easy and pleasant. I even featured one of his collections in an eye-opening look at a single year in pop music – 1965. In a world dominated by playlists it was a reminder that there was once a lot of variety on the radio.

In a sort of good news-bad news thing, it seems that he got crosswise with a record label, which complained to YouTube, which then pronounced the death penalty on his entire channel. The good news was that I was not faced with the legal headaches of a copyright holder (to which I believe I am immune because these pieces are educational in nature and are certainly not a commercial venture). The bad news was that I had to go back and find alternate sources for music in many of my posts. And the one on the music of 1965 is just going to have to remain broken because I do not have the time go go back and individually source all of those records.

I wrote about the never-ending series of attempts by the purveyors of Sirius Satellite Radio to subscribe to their service, all brought on by buying a new Sirius-equipped car – in 2011. You will be happy to know that the promos and offers continue unabated. Who says nothing is permanent anymore?

My writing on faith topics has dropped off badly this year. There has been much to be disheartened about as a Catholic over the past year or so. But my faith got a shot in the arm when I attended a son’s final vows as a Dominican friar. I wrote about the experience and it still reminds me that there is much cause for hope and faith in an environment that tries its hardest to stamp those things out. His example continues to encourage me.

I continued to think about this September post about quitting a newspaper almost daily because the little blue or orange bag with a fresh, crisp Wall Street Journal continued to appear at the end of my driveway despite my best efforts to make it stop. I can report that my expert status at newspaper-quitting has been restored because the last paper seems to have shown up in mid December. The deliveries stopped about two or three weeks after the carrier left the little Christmas card to himself, the one which invited me to give him some money. Coincidence? And is there any other business that so blatantly seeks gifts from customers?

And just look at us – Post No. 52 is ready to go! Thank you all for coming to visit. During a year of ups and downs, one constant has been the lift I get from your views and comments. It is a diverse bunch that spends a few minutes here each week and please know that your presence is appreciated.

So 2019 is now in the books (at least for this blog) and 2020 is about to hear the starter’s pistol. Please accept my hope that each of you has a happy and healthy new year.

B-52 Stratofortress photographed May 15, 2014 by Airman First Class Victor J. Caputo in his duties for the United States Air Force, and thus in the public domain (via Wikimedia Commons).