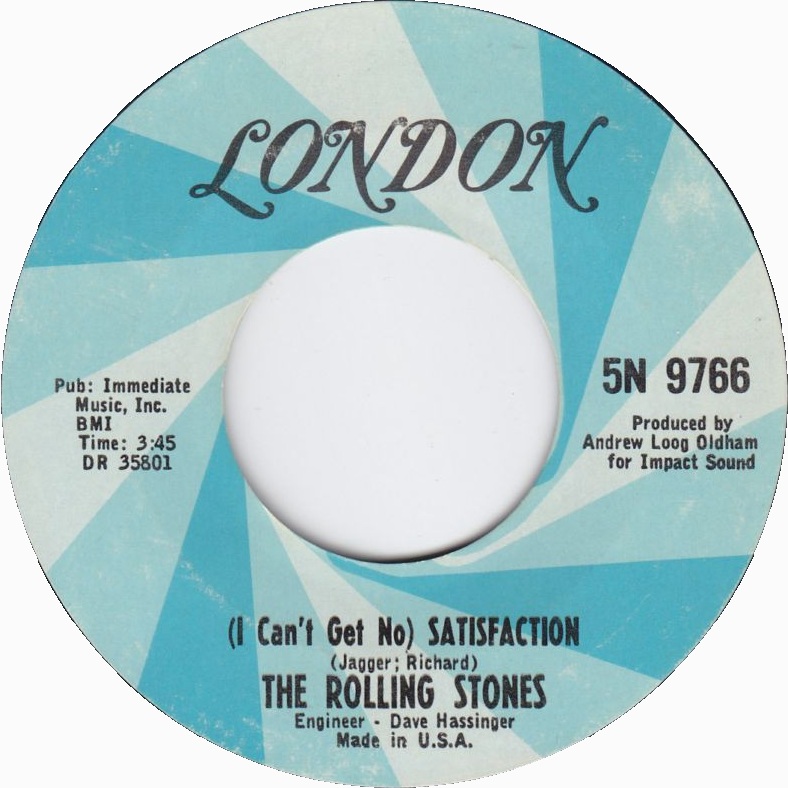 [Introductory note:  This post contains multiple links to the YouTube page of Musicprof78.  That page, which was a treasure trove of popular music from the beginnings of recorded music up through most of the 1960s, was taken down by YouTube due to allegations of copyright violation on a handful of individual recordings.  Parts of the old page are up at the78prof’s page but this collection of top hits from 1965 is not among them so far as I am aware.  Therefore, while the individual songs may be available from other sources, these links are no longer active and the entire collection which provided inspiration for the post is no longer available.  JPC 8/9/19]

I tried something new recently and it was a fascinating experience.

Those of you who follow my posts about classic jazz records know that I have developed a fondness for the YouTube channel of Musicprof78.  Well he offers a much broader selection of tunes than the pre-rock stuff that is my home base.  In addition he has collections based on various themes, one of which is music that charted in a given year.

On one of my many trips to visit my mother in her memory care facility I decided that I was ready for a change of pace and looked at the selections there.  I was in a mood to sample 1966 but my time at a traffic light was rapidly waning and I decided to settle for 1965 (arranged by chart popularity) which came up quickly.  And it made me think of some things.

First off, I cannot remember the last time I listened to a steady stream of pop music purposefully restricted to a particular year.  OK, I actually did this in 1965 as I rode around in the back seat of my mother’s car.  She kept the AM radio in her Oldsmobile tuned to Fort Wayne’s big 50,000 watt station WOWO.  However, I was only six and was not really paying close attention yet.  But who could forget What’s New Pussycat?

My temporary immersion into a musical 1965 turned out to be an unusual experience.  As time has passed the pop music of the 1960s has retained much of its vigor and popularity.  The difference is that most listeners today (dare I say virtually all of us) get this music as part of a “sub-genre” that encompasses several years.  Some playlists or collections will give you lots of Beatles and Rolling Stones, maybe with some Byrds and Dylan thrown in.  Others will feature classic Motown and soul.  Then you have the Beach Boys, the Righteous Brothers and Sonny & Cher bringing a sort of American Pop with a broad cross appeal.

But 1965 was more than that.  Sure, I got all of the hits from those artists listed above – the kind of records that make everyone recognize music from that time.  But there was much more.

1965 was also the lesser groups of the British Invasion, like Herman’s Hermits (Mrs. Brown You’ve Got A Lovely Daughter and Henry VIII I Am).  There were also hits from lesser known Americans like Gary Lewis & The Playboys (This Diamond Ring) and The McCoys (Hang On Sloopy).  For those who might not know, the former included the son of famous comedian Jerry Lewis while the latter was a one-hit wonder from Union City, Indiana.

There were stylistic (or actual) throwbacks like The Four Seasons (Let’s Hang On) and  The Searchers (a cover of 1959’s Love Potion No. 9).

Is this not enough variey for you?  Let’s add in some easy listening crossovers like Petula Clark (Downtown) and Herb Alpert & The Tijuana Brass (A Taste Of Honey).

Lest you think I am reaching too deeply into 1965, every one I have named was among the records that hit No. 1 on the charts that year.  My point is that nobody today would ever get this broad variety of 1965 music in any one source unless you specifically seek it out as I did (if even by accident.)

As I was remarking in my mind about the extremely wide stylistic variety of the most popular music of 1965 my mind wandered to current events of recent years.

Everything has become polarized in politics and public life.  We get our news from the NYT or the WSJ.  Or from Fox News or from CNN.  Our internet browsers take us to sites that are hard left or hard right.  It occurred to me that these are like modern music playlists that are either all Bob Dylan (Like A Rolling Stone) and Barry McGuire (Eve Of Distruction) or quite different selections like Wayne Fontana & The Mindbenders (Game Of Love) or Len Berry (1-2-3).

Is late term abortion infanticide or is it about a woman’s right to choose?  How you think of this probably depends on the news playlist you are listening to.  What about immigration and borders?  Same.  They are like Sam The Sham (Wooly Bully) or The Toys (Lover’s Concerto).  Which opinion equates to which song is something I will leave for you to decide.

My point is that in today’s environment we are unlikely to get the whole spectrum of a story from any one place (or viewpoint).  America is indeed a nation of immigrants and there is much to be said for welcoming those in need.  However, borders exist for a reason and we have a right to make decisions about who will and will not be allowed to come in.  Both views are widely held and it is folly to pretend that one or the other is not.

And like old music, some ideas will hold up over time better than others.  The problem is knowing which is which when everything is fresh.  After all, Herman’s Hermits were all over the pop charts of 1965 but have very little relevance to most of today’s music fans.  But what is obvious today was not obvious at all back then.

There is nothing wrong with having an opinion on a host of important issues, just like there is noting wrong with listening to a lot of Motown or a lot of Beach Boys.  But listening to too much of one group of tunes can make you forget just how many styles made 1965 (or any given year) what it was in music, where many disparate styles found favor with the general public.

Too much from any one news or information source can make us forget that there is often more than one way to look at the world.  As my dip into the music of 1965 confirmed, human civilization is a mighty varied and complicated place.  It always was.

All music is from the YouTube channel of MusicProf78