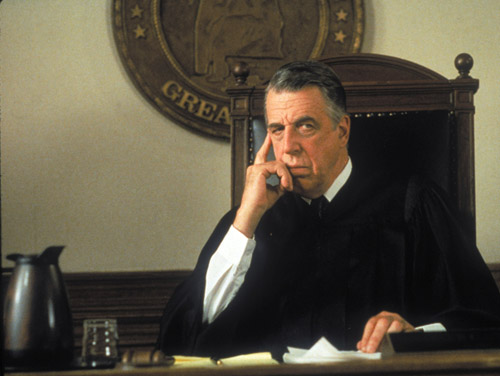 Some time back, a friend who reads these musings remarked “You being a lawyer, I kind of figured that you would do some writing on legal subjects.”  I cannot recall what my actual answer was, but his comment did stick with me.  And when I happened to think about my first jury trial a few days ago, his comment bubbled up into my consciousness again.

When I started out, I was hired by a small law firm that did mostly insurance defense litigation.  “Insurance defense” is something that most people never experience.  But when you are in a traffic accident and get sued by the other driver, and when your insurance company retains counsel to defend you, then you have experienced insurance defense.

As a green trial lawyer, the habit was for the senior lawyers to find something easy to get the new kid started.  And so they did with me.

The facts were that my client (let’s call him Mr. Baker) liked Corvairs, and drove one every day.  Because this happened in the mid 1980s, a man driving a Corvair was no longer a common thing, as it had been in, say, 1965.  But Mr. Baker was of an engineering background and had owned several of them over the years to indulge his  hobby.  He started his Corvair one frosty morning to go to work.  As he pulled onto the main road, his windows began to fog over, and he could not see what was in front of him.  He slowed down and kind of steered right, but not being able to see outside, he was afraid to do much of anything.  That was when the man driving the pickup truck behind him ran into the rear of Mr. Baker in his nearly-stopped Corvair.

The pickup driver (let’s call him Mr. Able) was a hardheaded young working man in his late 20s, who was convinced that the doofus who stopped the Corvair in the middle of the busy road during the morning rush was the cause of the accident.   When Mr. Able could not get Mr. Baker’s insurance company to see things his way, he filed a lawsuit.

By the time the suit came in the door of my office, I knew the drill.  First, request a jury trial.  That would undoubtedly force Able to hire a lawyer, and then I would have someone I could reason with and get things sorted out.  But Mr. Able would not hire a lawyer.  None of this was his fault, dammit, and someone was going to pay for his truck.

Time passed and the date for our jury trial approached.  I tried to talk some sense into Mr. Able.  I tried to explain that under the law (as it was at the time), if he was even a little at fault, he could lose.  But Able would have none of it.  None of this was his fault and nothing less than 100% of his damage would be accepted.  So preparation commenced.

Truthfully, this was a no-win situation for someone like me.  If I won, well big deal – a trained monkey should be able to win a case like this.  And if I lost, well, I didn’t want to even think about how the claims manager who assigned files to defense counsel might react, let alone the senior members of my firm.

The trial lasted but a morning, and both Mr. Able and I learned several lessons that day.  First, even if you don’t know what you are doing, at least look like you know what you are doing.  His none-too-clean jeans, t-shirt and tennis shoes told everyone in the courtroom that he was hopelessly out of his depth.

Second, know your audience.  Mr. Able had no way of knowing that the judge was a crusty old man who believed that if someone wanted to come into his courtroom and represent himself, then that person had better damn well know how to try a case.  Many times I have had a judge who acts as both judge and as my unrepresented opponent’s attorney.  But not that day.  And only one of us knew it.

Third, know the rules.  In Indiana, civil cases get a six person jury.  During the jury selection phase, both sides get to review jury questionnaires and ask questions of those in the panel.  Each side gets to object to someone if there is legal cause, and each side also gets three strikes for any reason.  Normally, both sides engage in some profiling, hoping (guessing, really) that we can identify those who are too kindly disposed towards the opponent, and kick at least a few of them out of the jury box.  When both sides do this, we are left (in theory) with a fairly balanced jury.  The problem for Mr. Able was that he had no clue that he could strike people off the panel, or why it might be a good idea.  When the selection process was over, we had a jury made up of five ladies age 55-65 and a 40-something female school bus driver.  Did I mention that my client was a trim and distinguished silver-haired executive in his late 50s?  He looked quite dapper in his gray suit.  Yes, I liked this jury. A lot.

Fourth, be ready for the unexpected.  In discussing the case with my boss, I asked how I should handle Mr. Able’s testimony.  When there is another lawyer there, questions are asked and I have a chance to object if a question will likely lead to testimony that violates evidence rules.  But there was no other lawyer, so how could I object after the improper testimony had already been uttered?  My mentor thought for a moment and suggested that I make an oral motion that Mr. Able be required to ask himself questions, and then answer them.  It seemed like a stupid idea at first, but I had to admit that it made a certain kind of sense for one in my shoes.  So at the beginning of the trial, I made my motion.  And darned if the judge didn’t grant it.  This was the point where I started to feel bad for Mr. Able, who stammered through one rambling statement after another that he somehow managed to awkwardly turn into a question at the very end – which he would then answer with a “Yes”.  I thought about objecting to the leading questions, but no jury likes a jerk, so I just let that go.

Finally, know what you need to prove and prove it.  By the time Mr. Able got through his tortured testimony, it was clear to me that he had offered not a hint of evidence to suggest that Mr. Baker had been negligent.  Frankly, this surprised me.  The case I was waiting to hear went something like this. :  Dude, you have driven Corvairs for how many years?  And none of them ever had a heater worth damn.  Yet you put that cold car in gear, blundered out into a main road before – Surprise! – your windows fogged over.  Well of course they did. Yet it was all my fault that you did this right in front of me?

But Mr. Able never made that case.  In fact, he didn’t really make a case at all.  He tried to quote from the Indiana Drivers Manual, but got shut down when the judge sustained my objection that his manual was not the actual law.  He was bitten by that “Know The Rules” thing again.

When Mr. Able had said all that he had been permitted to say, he sat down.  That was when I made my oral motion for Judgment on the Evidence, which, in English, meant that he had not proved a case and that I was entitled to a judgment in Mr. Baker’s favor without my having to submit any evidence at all.  Mr. Able, of course, had no idea what to say in reply to my motion, and had no idea what happened to him when the judge said “Granted.”

For me, it was a good day.  A great day, even.  A potential disaster had been averted and I was able to carry a win back to the office for my client.  It was not a good day for Mr. Able, who would have been able to pocket a reasonable amount of settlement cash if he had only realized earlier that his case was not a 100% sure guaranteed iron clad and double riveted winner.

I suspect that Mr. Able continues, all these years later, to grumble about how justice was denied him that day.  And perhaps, in a certain way, he might be at least a little bit right.  But then again, the world is not fair.  There are rules that have to be followed and situations where a person can be in over his head.  It might be unfair that a middling high school basketball player or a fifty-something lawyer (who could stand to lose a few pounds) would get smoked in a game of one-on-one with Kobe Bryant.  But that is kind of the way that reality is sometimes.  And it is this kind of reality from which we learn some necessary lessons in life.

I guess the final lesson from that morning in court was “Know when you can do something for yourself and when you cannot.”  Or, as Dirty Harry said in the movie, “A man’s got to know his limitations.”  Not everything is as easy as it looks on television.

7 thoughts on “My First Jury Trial”