Some stuff I share here is long-familiar to me. Other times, the word is – Serendipity. It is the big word for bumping into something completely at random. It works in jazz, and usually in a good way. Like now.

I have wanted to write something about Ella Fitzgerald for quite awhile. There were three female jazz singers of the 78 rpm era who were on a level all to themselves. They are, in random order, Sarah Vaughan, Ella Fitzgerald and Billie Holiday. We have featured Vaughan and will eventually get to Holiday, but today is Miss Fitzgerald’s turn.

Mrs. JPC stumbled onto an old movie she thought I would like – a now-obscure 1944 picture called Sweet And Lowdown, that is notable only for the role the Benny Goodman band played (sorry) in the plot. The movie featured a song called I’m Making Believe. I looked it up to see who I remembered performing it, and the biggest hit record was from the duo of The Ink Spots and Ella Fitzgerald.

The Ink Spots are kind of the anti-jazz singers of the era, but Ella provides a rich, gently swinging counterweight. I have lots of her stuff from the mid 1950’s on, but wanted to see what might be out there that was a little older. I found this. Serendipity. Let’s all enjoy the discovery together, shall we?

Some records I feature here are to highlight a player, others for a band and others for the songs themselves. This recording is one of those things that used to happen quite commonly – the coming together of a great singer with a pick-up group of great (though obscure) musicians and fabulous material.

I’m Just A Lucky So And So was written by Duke Ellington in 1945, lyrics by Mack David. Ella gave it a go the following year in a February 21, 1946 New York recording session, backed by Billy Kyle And His Trio. What – you never heard of Billy Kyle or his Trio? Don’t fret, neither had I. So let’s fix this together. 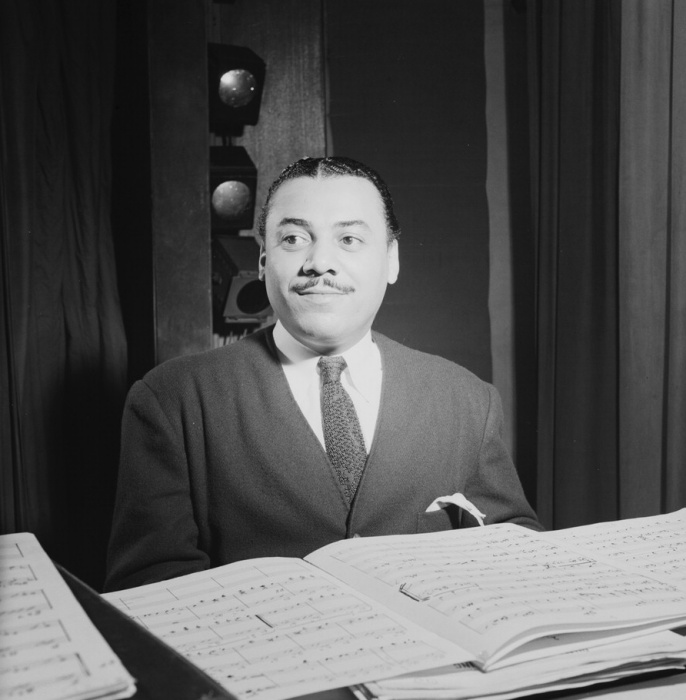 Billy Kyle was a journeyman jazz pianist, originally from Philadelphia. He was one who never got famous but who worked regularly, and who spent quite a few years with Louis Armstrong. You can see him in the 1956 Grace Kelley/Bing Crosby/Frank Sinatra movie High Society, which provided Armstrong and his group with some decent screen time. And wouldn’t you know that he was another of his era who had trouble with the life of an itinerant jazzman, having died at age 53 in 1966. 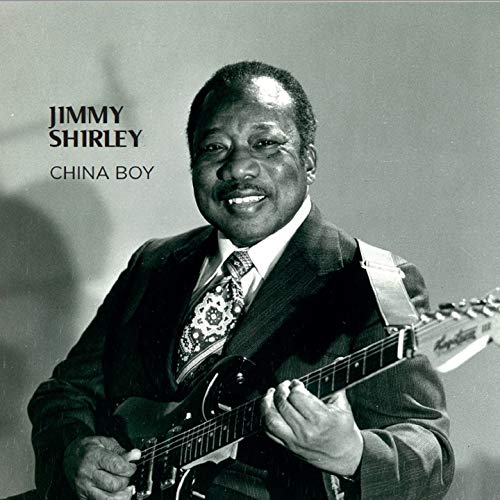 Jimmy Shirley is the guitar guy, a fellow who played a really bluesy guitar in a way that was probably easy for one who grew up in segregated South Carolina in the years following WWI. Unlike Kyle, he lived to the ripe old age of 89, playing actively well into the 1970’s. 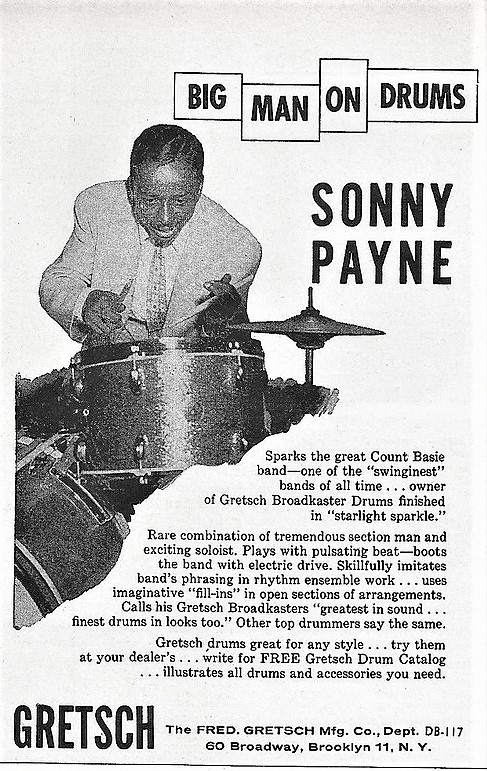 The bassist and drummer are notable for their associations with two of the great big bands of the era. Drummer Sylvester “Sonny” Payne was best known for a decade-long stint with the rejuvenated Count Basie band of the 1950’s and who was brought back to handle the sticks whenever Sinatra performed with the band. 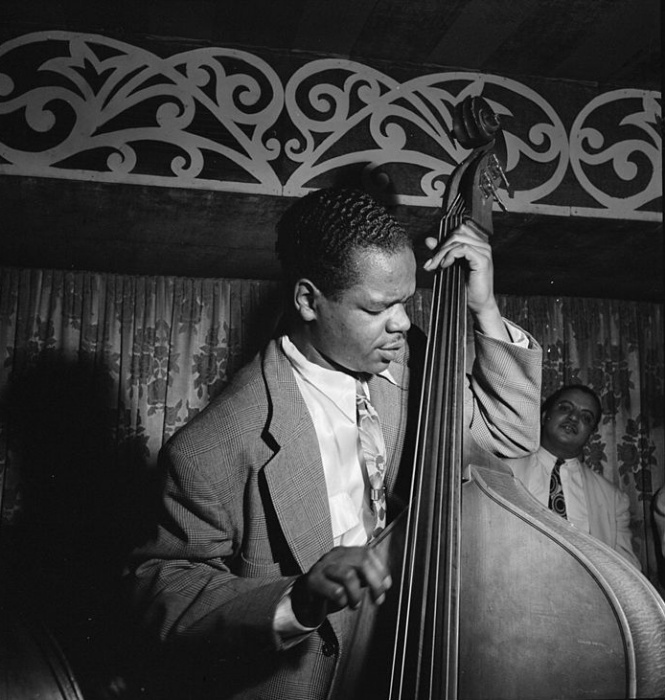 Bassist Alvin “Junior” Raglin played a couple of stints with the Duke Ellington band, another musician who died young at the age of 38 in 1955. We have featured the playing of both of these guys before, with Duke Ellington’s Main Stem (1942) and the Count Basie stuff we shared here and here.

But enough of enjoying these side dishes, let us get back to the main course – Miss Ella herself. Some female singers got an entre’ to fame and stardom with their looks and had the voice to stick around. Ella was the opposite. She fled an abusive home in New York and was on her own at a young age, singing wherever she could.

She got her lucky break by winning an amateur night contest at the Apollo Theater in New York one night in 1934, at the age of sixteen. Her prize was a chance to perform there for a week, which led to a job with Chick Webb’s band. Webb had what was probably the hottest of the black bands in the early days of swing. Before anyone had ever heard of Count Basie, Chick Webb was packing them in at the Savoy Ballroom as more or less the house band. 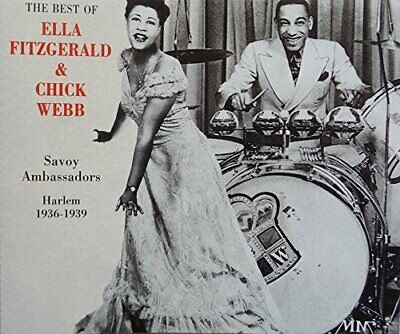 Webb suffered from several physical ailments relating to his short statute and a spine damaged in a childhood fall, and finally died in 1939 while still in his thirties. Fitzgerald was the band’s singer and it was decided that she would become the “front man” as the group carried on – which was how those old “Ella Fitzgerald and Her Orchestra” records came to be. Not a bad result for someone whom Webb initially considered too homely to sing with his band.

But Ella was not born to be a band leader. She had enough recognition to begin a solo career at a time when the solo singer was eclipsing the big band as a star attraction and the band went away in 1942.

Ella Fitzgerald was a singer who could do it all, and in the mid 1940’s she did a little of everything before she would settle into her eventual groove. She could sing a soulful ballad, a chart-topping novelty tune (like Stone Cold Dead In The Market, complete with a fake Jamaican accent), and was one of the pioneers of “scat singing” in which the vocalist imitated a solo instrument (as in 1947’s Flying Home). This record has her going in yet another direction, something as close to blues as most mainstream singers got in that era.

If you can’t decide whether you prefer a singer backed by a guitar or a piano, this record is for you because you get both. Billy Kyle and Jimmy Shirley take turns as lead accompanist (if that is even a thing). The bass and drums lay down a beat that encourages the slow smolder of the others. After multiple listenings, I have concluded that the record has but one real weakness – it isn’t long enough. But that was life when you recorded on ten inch shellac discs.

This record was just another day at the office for everyone involved. This song was the B side of a disc that was recorded February 21, 1946 in New York. It has actually become a little obscure – Ella recorded the song a couple of other times, in 1949 as part of her Jazz At The Philharmonic series and in 1958 for her Duke Ellington Songbook album. It has also been done by such other notables as Sarah Vaughan, Tony Bennett and, more recently, Diana Krall. 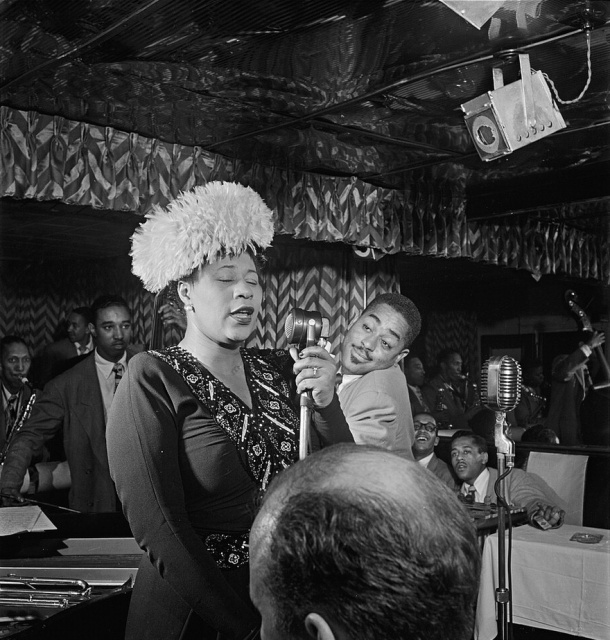 I have been trying to put my finger on what made Ella Fitzgerald the First Lady of Song. Was it her tone? Her phrasing? Her uniquely clear diction? Or perhaps that lovely vibrato? I guess I have no idea. It just all comes together and works flawlessly, resulting in almost every performance being “just right”.

Lady Ella’s long and productive career finally ended in the 1990’s as complications from diabetes caught up with her. She died in 1993 at the age of 79. But not before leaving us all with a wealth of recorded material from the 30’s through the 80’s of many different kinds, all with one common thread – they were all good.

Photo of Ella Fitzgerald taken November, 1946 by William Gottleib, in the public domain.

Photo of 1946 Decca record label from the Internet Archive.

Sonny Payne as he appeared in a drum advertisement produced during his years with the Count Basie Orchestra.

Ella Fitzgerald and Chick Webb from the cover of an album listed for sale on eBay.

10 thoughts on “Ella Fitzgerald – Lucky So And So: The Other Lady Sings The Blues”