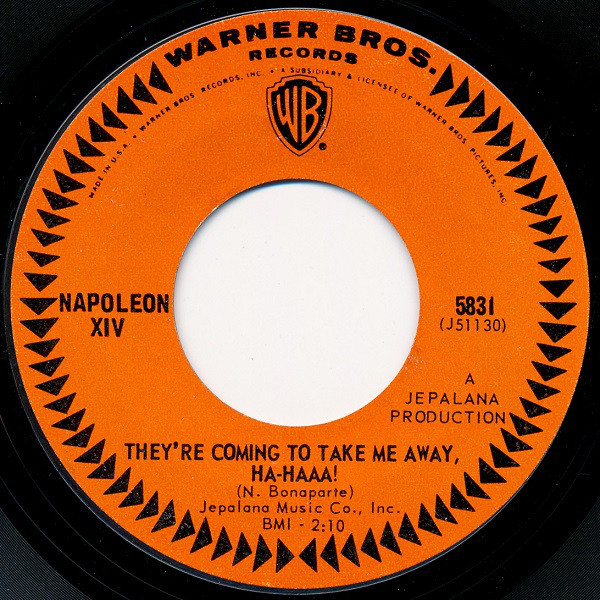 Cultural references.  They surround us as we grow from children to adulthood and beyond.  But there is one problem with these generational companions – they all have a “best by” date.

In recall getting an early lesson in the way these references eventually become stale.  When I was a kid we had some relatives who joked that they had named their car “Silent Cal.”  Everyone laughed, but it had to be explained to me.  Calvin Coolidge became president after the death of Warren Harding in 1923.  Sort of an anti-politician, Coolidge was a man of few words.  There was a joke that someone, upon meeting him, said “Mr. President, I made a bet with the fellows back home that I could get you to say three words.”  Coolidge was said to reply “You lose.”

Coolidge was expected to run for a second full term in 1928, but declined to do so.  With his characteristic economy of words he made a written announcement that said only “I do not choose to run.”  See what happens?  It took two paragraphs to explain something that someone of my parents’ or grandparents’ generation would have grasped instantly. 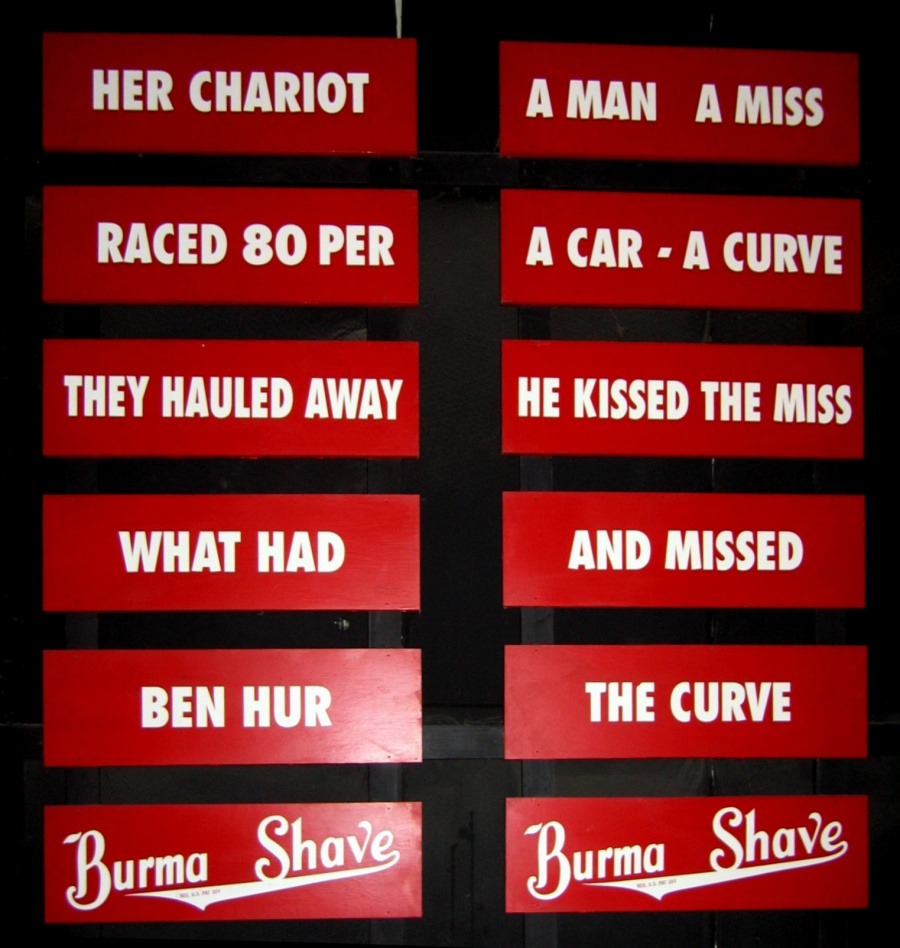 As a young history geek, I ate this kind of thing up.  I am went on to become conversant in multiple generations of these societal markers, thanks to a love for obsolete culture  that took hold during my formative years.  So I knew to smile when someone ended a clever quip by pausing and saying “Burma Shave”. I felt like I had cracked a code when I heard my elders make references to obsolete references like old advertising slogans or radio shows.  (“The Shadow Knows . . . .”)

These days I am noticing that the cultural references of my own generation – the ones I have always taken for granted – are beginning to go into retirement.  Last week a colleague sent an email after making a silly mistake during a hectic day.  She announced she was leaving for the day, heading “for the funny farm – where life is beautiful all the time.”  I laughed.  But the Millennial computer tech who was working with her that afternoon had no idea why it was funny.

When I was a kid there was a novelty record that got a lot of airplay – They’re Coming To Take Me Away, Ha-Haa.  It was terribly incorrect, politically speaking.  It was a spoken lyric that simulated a young man’s descent into madness after his dog runs away.  The refrain goes:

“they’re coming to take me away, ha ha

they’re coming to take me away, hee hee ho ho

to the funny farm,

where life is beautiful all the time

and I’ll be happy to see those nice young men

in their clean white coats

and they’re coming to take me AWAY, HA HA.”

Yes, I really just did type out those lyrics from memory, without having heard the record in at least 20 or 30 years.  I am quite sure that the single is hidden away in my basement somewhere, passed on from some older cousins who would have bought it when it was fresh.

For those who have never had the experience, you can listen to it here.  Believe it or not, this record hit No. 3 on the Billboard Hot 100 for a short time.  The artist was actually a recording engineer who made the record for fun, messing with the recording speed to get the high voiced effect as his supposed mental state spirals out of control.  And yes, there was a lot of blowback from mental health professionals even then.

This experience came on top of a rerun of a piece I had written for Curbside Classic about a car – a 1969 Pontiac GTO, in a particular model called “The Judge”.  The first thing I thought of when I saw the car was Here Comes The Judge, a funny bit done by multiple African American comedians on the late 60’s television show Rowan & Martin’s Laugh-In.  I later learned that it had been the signature bit of an old black comedian who went by Pigmeat Markum.  (Trivia Alert:  Some consider Here Comes The Judge to have been the very first rap record.)

Anyway, twenty years ago I could have used an expression like “They’re coming to take me away, ha haa” or “Here come da Judge” and I would have been met with knowing, nostalgic chuckles.  Today I am just as likely to receive nothing but blank stares from the twenty and thirty-somethings who fill workplaces and social settings.

And I keep being surprised at the scope and depth of the problem.  My generational cohort knows that when you refer to some neighbors as “The Clampets” that they have lots of money and no sophistication.  If you compare a glamorous girl to a girl-next-door type by using the names Ginger and Mary Ann we all knew instantly what was meant.

I am having to police my language these days.  Making a reference to Lassie or Flipper accomplishes nothing.  References to Lurch or Uncle Fester bring blank stares.  Saying “Double your pleasure, double your fun” means just as little as “I’d walk a mile” for something. (Certainly not a Camel, since I have not smoked in decades.)

Some of these have aged slightly better – Most people will still understand if you refer to a particular kind of police officer as a Barney Fife or make a quip about The Island Of Misfit Toys or Charlie Brown’s Christmas tree, but this is only because the original source of the ideas stuck around for a longer time to begin with, bringing more kids “into the club”. But for every one of those there are those references with an extremely limited shelf life, such as “Danger Will Robinson” from the short-lived TV show Lost In Space.  Many of these will become as obscure as references to Dagmar, a buxom starlet of the early 1950’s who seemed to have little to offer beyond her physique.  Had not some long-ago wag referred to the front bumpers of new Cadillacs as Dagmars, she would be completely forgotten today.

Perhaps I need to start a home for retired cultural references.  Or maybe I already have.

They’re Coming To Take Me Away record label from Discogs.com

Here Comes The Judge video from the YouTube channel of Sids60sSounds

1954 Cadillac photographed by Joseph Dennis for publication at CurbsideClassic.com