We recently bought some ginger ale.  I am not sure why, it was actually my Mrs.’ doing.  But there it sat and so we had to find something to do with it.  The problem was solved with a slide rule.

One of our local stores was running a buy-one-get-one special on a particular brand of pop (which those of you not from the upper midwest insist on calling “soda”).  I guess I will compromise by calling it soda pop.  This stuff was made with all cane-sugar and no corn sweeteners.

We rarely buy soda pop.  The last time we did was for a family get-together.  With few little kids in our extended family and with the young adults being more health-conscious than when I was part of that age group, the beer and soda pop we bought was consumed quite sparingly, leaving us with copius leftovers.  Everyone headed for the bottled water or the carbonated soda water (LaCroix is popular hereabouts), and truth be told that is what we usually drink as well.

But back to the ginger ale.  I don’t really get excited over ginger ale, but my life companion remembered drinking it at her grandparents’ house when she was a kid.  Which fired up similar memories for me.

My father came from the Philadelphia area and his parents were typical for their age and social status in the mid 1960’s.  At around five o’clock the ice would start clinking into the glasses and libations would be poured.  Granddad was a scotch guy, Grandmother liked her bourbon and my Dad would mix a Manhattan.

We kids were usually offered a choice of Coke, 7-Up or ginger ale.  Because cocktail mixers were the only kinds of kid-friendly beverages they kept on hand.  Unlike my other Grandma who would keep a stock of Sun Crest strawberry, orange and grape sodas for we grandkids.

Back east I always chose the ginger ale.  Not because I liked it, really, but because it was exotic.  It felt like a cocktail all by itself.  I think I even remember my grandmother putting a maraschino cherry in it.  All that was missing was the candy cigarettes.

Anyhow, our six-pack of ginger ale sat untouched for several weeks.  I didn’t really want to drink it straight, but I knew it was a mixer.  Which set me to wondering what kinds of cocktails it might be used in.

I am not a big drinker, but do enjoy a cocktail from time to time.  I have a little thing up in my liquor cabinet that is kind of a vintage treasure.  It is a drink mixing slide rule.  Really.

I got it from my mother when she was moving years ago.  It was made by the Perrygraf Corporation of Maywood, Illinois, which I learned once made a wide range of custom slide rule-type calculators.  For those too young to have ever touched one of these, there is an inner piece of cardboard that slides back and forth in an outer sleeve.  If you slide the insert until a known variable comes into one window, related information will appear in another window. 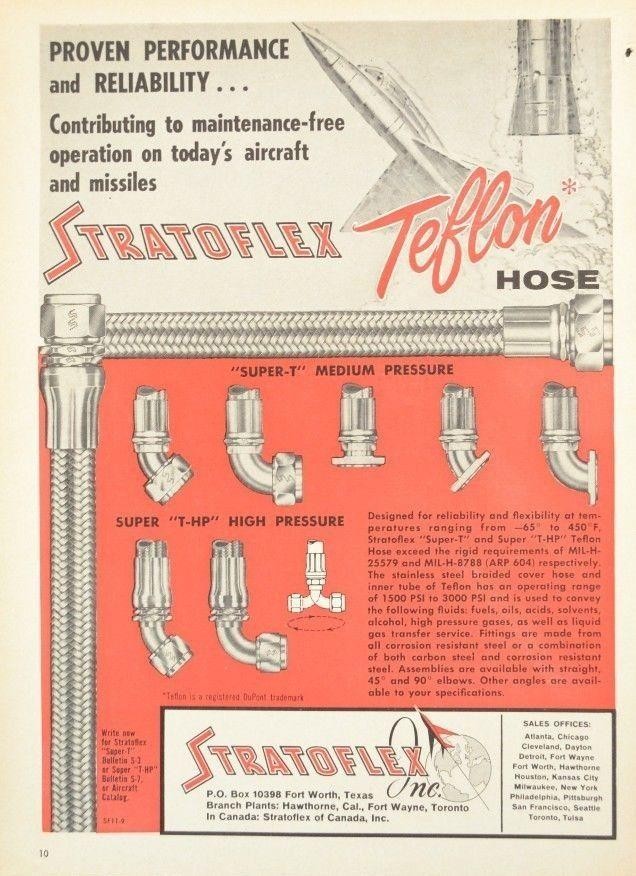 This one was made for the Stratoflex Corporation of  Fort Worth, Texas.  This company (which has been part of Parker Hannefin since the 1980’s) was known for high pressure flexible hoses.  This ad featuring Teflon (and noting a branch plant in Fort Wayne, Indiana where we lived) hoses makes it clear that my father’s employer of that general time period must have been one of them.

Of all of the kinds of slide rules which could have come into my possession, this may be the only one that could be really useful in my own day-to-day life in 2019.  I wouldn’t know what to do with a genuine engineer’s slide rule if someone thwacked me on the head with it.

I consider the 1950’s to have been the glory days of the mixed drink and this little slide rule with its copyright date of 1953 would be right smack in the fat part of that glory.  There will be no drinks favored by baby boomers or by the “mixologists” so popular with the younger folks.  Nope, these were drinks for real men (and women) who were ready to party with cigarettes in hand and Frank Sinatra on the Hi-Fi.  That the device provides recipes for cocktails made with absinthe (a spirit illegal in the U.S. until the 1990’s) shows that those old-timers weren’t just playing around.

and another fifty on the back.

The thing is quite ingenious, really.  I am a fan of boiling things down to their absolute simplest, and it is difficult to imagine a more economical way to keep recipes for one hundred different cocktails.  The cryptic directions include one list of ingredients on the left in red and another is on the right in black.  You can look up drinks by name and number or you can scan for ingredients – which is what I did.

And of drinks using ginger ale there was precisely – one, something that surprised me.  The Gin Buck.  I had never heard of a Gin Buck before.  But then I have never heard of the majority of drinks on this little piece of mid-century madness.  I had once known a fellow named Jim Buck, but that was not the same thing at all.  Though it helped me to remember the drink’s name.

It seems to have been a popular summer drink in the 1920’s, an era when most anything made with ginger ale was called a buck. What would you do without the useless trivia you learn by coming here?

It didn’t really sound all that appealing at first.  Gin, lemon juice and ginger ale over ice.  Some additional research referred to a “collins glass” which told me that the ginger ale would be the major player here.  My first thought was that these three ingredients with fairly strong flavors would be something like a fight in a glass.

Well I am nothing if not adventurous (insert pause for giggles from those who know me) and so I mixed myself a Gin Buck.  I skipped the cigarette, having quit smoking them decades ago, as well as the Sinatra.  I did nosh on some snacks along with it.  Though my choice of tortilla chips and queso proved to be sub-optimal for trying a new drink.

I tried again the next night, skipping the Mexican-ish culinary blunt instrument and sipping the drink all on its own.  The verdict?  Not bad.  The thing was growing on me and I convinced my Mrs. to try one a few nights later.  She pronounced it a success.

I can report that my ginger ale disposal system has been working quite well, as we are down to the last couple of cans.  Proving to me that there is still some value in owning a good slide rule.

1941 Perrygraf (or Perry Graf) slide chart made for Ohmite Mfg. Co. is from the Smithsonian Museum of National History.

1960 Stratoflex ad from an Ebay sale listing via Worthpoint.com

Engineer’s slide rule from an interesting piece on early calculators at Chalkdustmagazine.com.

1953 Perrygraf cocktail mixer slide chart made for Stratoflex – photos by the author.

19 thoughts on “Fun With Ginger Ale And A Slide Rule”