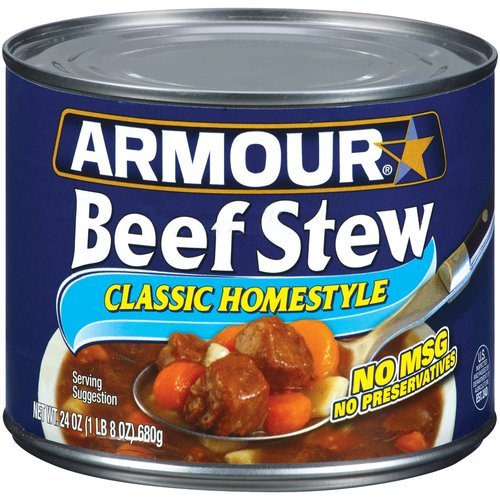 As I have written before, my mother was, well, how do I say this.  Let’s just go with “not the greatest cook in the world.”  I have written in some depth about this before, in the context of her (in)famous potato soup.

The short version is that cooking was just not where Mom’s interests or talents were to be found.  Also, she was single for much of my childhood and worked full time so that time for the kitchen was a scarce thing.  The result was that I grew up eating a lot of food that came from boxes and cans.

Some today would consider this a terrible childhood experience, something that could lead to a home visit by the good people at Child Protective Services.  But I found it a fabulous time to be alive.  The 1960s and 70s was right smack in the era of the great mid-century Factory Food Boom.  Companies like Kraft and Campbells ruled American kitchens in those days.  Fresh meat and vegetables?  Pffft.  Those were for people on farms or those too poor or backwards for the glorious concoctions that came from America’s great cold-war resource: the factory kitchen.

All the salt, sugar, fat and chemical preservatives anyone could possibly need was conveniently incorporated in delectable staples that were as easy as heat and eat.  And in the pre-microwave era that was my habitat, boxes and cans went into pots and pans.

To this day I retain a taste for SPAM (as you already know) and for such things as Chef Boy Ar Dee canned ravioli.  And even today nothing beats sopping up that factory-fresh tomato sauce than a silky-soft slice of Wonder Bread.

I was in my mid teens before I had any idea that gravy came in any way other than in a can.  I wonder if you can still buy Franco-American canned beef gravy?  My Mrs. would surely recoil at the stuff, but it is the taste of my childhood.  It made many a gray-ish, overcooked roast edible.  And one thing Mom did really well was mashed potatoes, and the canned beef gravy perfected them.

Then there was the stew.  One of my favorite childhood dishes was canned beef stew ladled over sea shell macaroni.  Don’t start with me on the shape of the macaroni.  It is just not the same with elbows. But other than the shape, one brand of boxed macaroni was (and is) pretty much like the others.  Who says I am hard to please?

Armour beef stew (in the blue can) was always the choice over Dinty Moore (in the red can).  I have no idea why.  Probably for the same reason Mom always bought cars from GM instead of Ford or Kleenex tissues instead of Puffs.  You are either a Republican or a Democrat, a Lutheran or a Catholic, and once you make your choice, well then that is your place in life.  Because that was how my mother thought. (Yes, as a matter of fact she was of German ancestry.  How did you know?)   Dinty Moore was for others.  We were Armour-beef-stew-people.

I rebelled during my college years when I got to buy my own groceries and tried Dinty Moore.  My college roommate Dan came from an exotic family who bought Dinty Moore beef stew (and Chryslers).  I felt rebellious and wanted nothing more than to strike a blow for independence.  I didn’t buy GM cars and defecting to the beef stew in the red can seemed like a natural next step in a life of ever-increasing rebellion.  But it Just. Wasn’t. The. Same.

Why does one company’s beef stew taste so much different than another company’s beef stew?  I have no ideas, but it does.  Real foodies would probably recoil at trying either and would find each equally noxious.  There are things all over the internet lamenting how awful the contents of each of the cans is, no matter the color on the label.  However, for those of us deeply schooled in the lifestyle of box and can eating, this was a serious thing.  Red can = Fail.

And therein lies the problem: In the modern foodscape that is the canned meat aisle in the grocery store, Dinty Moore is kicking the everloving snot out of Armour in the Great Canned Beef Stew Competiton.  Shelf space is like gold in the modern supermarket and the big get bigger while the small wither away.  Go into any store and Dinty Moore will be spread out like a college freshman home for break.  But poor Armour has all but gone extinct.

There was one bright spot – a local grocery chain that was my Armour Beef Stew oasis in what had otherwise become a grocery desert.  They talk about “food deserts” which are poor neighborhoods not served by a decent grocery store.  Well lemmetellya, not being able to find my blue-can stew makes for a pretty arid shopping experience.  And then good ol’ local Marsh Supermarkets finally went under.  I hated to lose the option of a local grocer, but when that local grocer was my only source for my Armour beef stew fix, well this was bad.

But . . . Jungle Jim’s.  It is a place in Cincinnati, Ohio that is a food shopper’s mecca.  Imagine a grocery store that is bigger than an average Sam’s Club and Costco store put together and which has specialty foods from almost every country in the world.  It is a place where you can get your fix of Irish cheese and German mustard and fresh vegetables and seafood for Vietnamese cuisine.  But forget all that – they have American canned stuff too!

Alright, I am not going to lie and say that we went only for the canned beef stew.  Mrs. JPC likes a brand of seltzer water that they sell and a certain English tea.  Don’t ask me which one, there was a whole wall of them and as a non-tea drinker, they all sort of ooze together in my consciousness.  We also stocked up on some of my favorite fruitcake and several other things.  So out of the $230.42 that was the day’s total only some of that was for the six cans of stew I liberated.  Yes, every single one they had on the shelf.  The stuff is even getting squeezed out of Jungle Jim’s!  And for those who are curious, there was God’s plenty of Dinty Moore there.  Life is not fair.

Evidence that the Armour can has switched from red to blue. And no, there has not been a sighting of a chunk of beef of this size in a can of stew since the days of the Nixon Administration (if even then).

So now I am set.  Like the early settlers, I have my provisions in for a long, cold winter.  There are several boxes of sea shell macaroni in the pantry and now six highly prized cans of my Armour stew.  I will not care that every other person who dines in my house (either regularly or occasionally) will look down on my favorite meal and probably refuse to join me in it.  That’s all right – not everyone has the courage to live the dream.  Let alone drive 216 miles to attain it.

Photo credits – Sixty year old advertising and pictures of canned goods from random places on the internet?  You must be kidding.