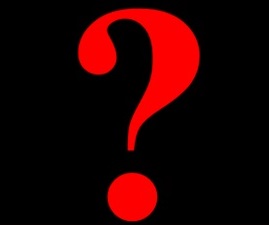 One thing I have noticed is that there are so many things that I never noticed.  Until I did.  Really, there are an awful lot of curious things out there if we will just step back and take note of them.  In order to help you get started, I have made note of a few of them.

Have you ever noticed that “Mom” upside down is “Wow”?  And that it is just as true in real life as it is with just the word?

And we all know that phonetics is about how words sound.  So why does the word “phonetics” not begin with the letter “F”?  Is this some kind of trick?

Awhile back I was watching television and one of those cooking competition shows came on.  You know, the kind where they give the contestants a basket full of oddball ingredients and tell them to make a meal.  So why is a show where people have to grille halibut, leeks and sea urchins sponsored by a company that sells nothing but canned beans?

Why does underwear always turn itself inside out in the washing machine?  Always.  And what about the lint from the dryer?  It is my understanding that lint comes from the fibers from our clothing making an escape attempt, to be foiled only by that pesky lint filter.  Does this mean that if we were to dry our clothes often enough there would eventually be nothing but a bunch of loose buttons when we open the dryer door?

I recently received a wedding invitation.  There were two choices printed on the enclosed RSVP: To joyfully accept and to regretfully decline.  Why were we not offered the opportunity to regretfully accept or joyfully decline?  While I would not have chosen either of these other two for this particular wedding (I joyfully accepted), there have been weddings in my life where these other two choices would have been most welcome options.

When I was a kid in Fort Wayne, Indiana there was a brand of hot dogs advertised as the Marhoefer Happy Wiener.  Why would anyone have ever marketed a hot dog under that name?  And why have I never been able to forget the jingle that played incessantly on the radio?

I’m a mealtime joy for a girl or boy

the kids all think I’m keener

And the grown-ups too cause I’m good for you

And just in case you think I’m making this up, here is some proof.

This next thing may be a bit off topic, but I cannot help it because it springs into my mind whenever I think of hot dogs.  I once worked with a guy who was about twenty years my senior.  In the late 1940s he was a Cub Scout and his Den went on a field trip to a meatpacking company.  He remembered two things: the first was the large man killing cows by hitting them on their heads with a sledge hammer.  The second was the package of hot dogs he got to take home.  I am not sure when this sort of thing stopped being acceptable for Cub Scout field trips, but I am quite sure we are there now.

OK, where was I?  Yes, those odd things I have noticed.  Is there anything more irritating than something making noise in the back of your vehicle when you drive?  Rattling metal things or squeaks made by things scuffing the plastic side panels as the car hits bumps in the road drive me crazy.  The worst of all is the noise that is made by styrofoam coolers.  They must enjoy driving me buggy as I drive because they actually giggle.

Finally, paper clips.  Why do people keep trying to improve on the classic metal paper clip?  Would-be inventors are going to have to realize that some things have reached perfection and cannot be improved upon.

Which is a bit of an awkward ending for this post, because while this little literary effort may have many things said about it, perfection is not one of the likelier ones.

17 thoughts on “Have You Ever Noticed?”