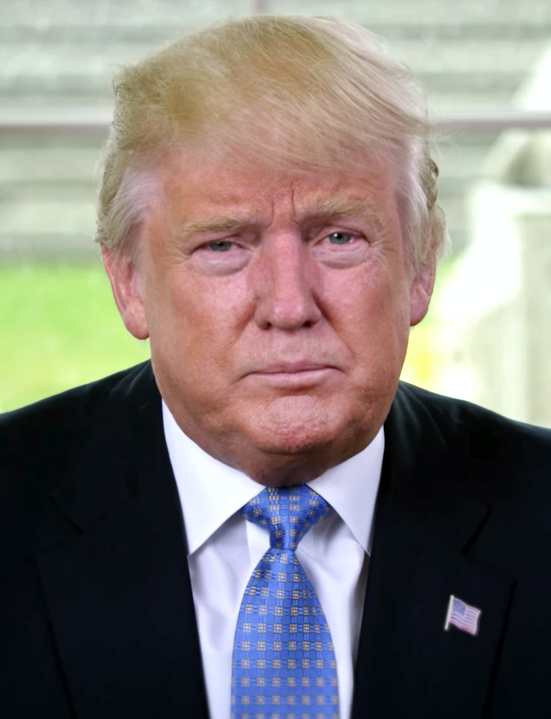 A little over a year ago I wrote a frank assessment of why, in my view, Donald Trump won the election of 2016.  I will save you a lot of reading: it mostly wasn’t Donald Trump.

Anyhow, we are now about a year in and I have been wanting to share my take on how we have fared thus far.  The problem has been that week by week the theme of my impressions has been changing because the Trump Presidency has remained a moving target.  I do not see the target suddenly coming to a rest, so we might as well just pick a place and go for it.

Before we start, let us clear the air about one thing.  We are a very divided country right now.  I am a longtime conservative and many of you who will read this are not.  There are deep disagreements about many issues.  Those who typically support Democrats would probably be unhappy with the state of things no matter which Republican might have been elected last year.

For this discussion, I want to leave that stuff alone.  The changes in policies of all kinds are either good or bad, depending on your politics.  Donald Trump has, however, brought an entirely new level of vitriol to the opposition and a new level of unease to conservatives who would normally be quite content these days.  That said, here we go.

In the aftermath of the election I expected that a one year retrospective would go something like this:  While Candidate Trump was the full, crazy package for a reality TV star who managed to keep all of his opponents dazed and confused, sitting President Trump would turn out to surprise us as a capable manager who could handle the nuts and bolts of running a White House team.  My concern was that, other than on a couple of issues, he was a complete blank slate in terms of ideological content.  In other words, I expected the trains to run more or less on time but there would be some confusion as to where, exactly, those trains were going.

I have concluded that this kind of assessment is dead.  It is just not happening.  Another narrative that has withered and died as been the idea that he would be the reincarnation of Hitler (or Putin?) by turning the vast resources of government into a machine to squash everything in the way of this new world order.  Nope, gone.  So, what did we get instead?  I have no idea.

First, we have gotten occasional flashes of, if not brilliance, at least competence.  As one who identifies as a Reagan conservative, Trump’s choices to fill cabinet offices have been (for the most part) a pleasant surprise.  My progressive friends surely don’t like Scott Pruitt at the EPA or Betsy DeVos at Education, but what ever else they may be, they are not crazies or lightweight sycophants.  They are serious people who are serious about the issues under the purview of their respective agencies.

We have also seen flashes of the opposite.  Steve Bannon?  Michael Flynn?  Omarosa?  Why were these people ever in Trump’s inner circle?  Their public flame-outs were expected by those with more serious minds and, well, here we are.  But the most unstable elements seem to have shaken themselves out, mostly replaced by grownups.

We cannot ignore the Russia thing.  Me?  Not seeing it.  People have been digging (and leaking information) for a year and we seem no closer to proving some grand Trump-Putin scheme to hijack the election than were were at the beginning. If anything, the facts seem to indicate some political funny business from the other side (which is normal) and from the FBI and the Justice Department (which should not be normal).  The Government getting a warrant to spy on the Trump campaign, based on a report generated by the Clinton campaign’s opposition research?  If this is really what happened, this is not nothing.  But I digress.

I had thought that either Trump by himself or Trump with the aid of a good team might be able to exercise some level of control over his famous impulsivity.  But no.  As President, Mr. Trump careens wildly from here to there, giving the rest of us a thrill ride that we shall not likely experience again.  Those less up for this ride have had the motion sickness bags out for some time.  I like to think that a solid circle of advisers will contain his worst impulses in dealing with foreign issues, and not all of Trump’s instincts have been wrong.  It is not like the two or three prior administrations did us any great favors with Iran or North Korea.  This does not, however, lessen the white knuckle factor.

A lawyer I once worked with described what it was like to watch a public defender of his acquaintence conduct a cross-examination in a jury trial.  It was a lot like watching a man amble through a minefield, my friend said of this attorney.  He would step on landmine after landmine, somehow remaining on his feet as he would bumble through a horrible series of answers unfavorable to his client.  And then, completely unexpectedly, he would stumble upon a fabulous little nugget of testimony, and you could see the glee on his face, completely unaware of the destruction all around him.  Watching Donald Trump as President reminds me of this description.

Perhaps the “Trump Presidency” and “Trump as President” are two different things.  The Trump Presidency seems (to me, though certainly not to everyone) surprisingly successful.  Somehow he has made a quality Supreme Court pick, has managed a substantial tax cut, and has methodically reversed the advance of the administrative state.  He has also presided over a soaring stock market and an increasingly strong economy as well as the liberation of many communities from ISIS.  For those who disagree with my politics some or all of these will be seen as negatives, but these things have been accomplished on the Trump Administration’s watch, nonetheless.

In fact, the only thing that seems to be getting in the way of real success is . . . Trump as President.  How many figurative landmines has he stepped on while doing these things?  All the man had to do was keep his mouth shut and let us all think he might actually know how to run something.  Any conventional Republican President would have taken these policy wins and kept the message focused, building goodwill among those on the margins of his support.  No modern Republican can count on help from the press but he (or she) can certainly manage a narrative that keeps his supporters satisfied with his progress while assuring those who are less sure of things.

Nope.  For every Republican or conservative win there are multiple losses of opportunity to keep the momentum in his favor.  Not twenty-four hours after the Wall Street Journal recently editorialized about a couple of unheralded examples of sound management and actual leadership, Trump saw fit to let loose with what was reported to be a slur on less developed countries (and, by extension, their people).  He was immediately and repeatedly excoriated for his language, and not without good  reason.

At one point I was tempted to suggest that in Trump we all have a rare gift: that of a completely transparent President.  There is, we have seen, no filtering device between what he thinks and what he says.  The result is that we have a big, clear picture window into what lives deep inside of him.  He may try to lie to us, but his true feelings will emerge sooner rather than later, and forewarned is forearmed.

On thinking this through though, such transparency is only of some value if there is a sustained and basic set of beliefs and values for us to see.  Does Donald Trump have any bedrock beliefs in anything other than himself and his big, beautiful brain?  I am sure that he does, but they may be more impulses than beliefs.

To the extent that he has some decently developed ideas, I am afraid that they might be in areas of trade and immigration, two areas where he makes me more queasy than the average Republican these days.  Unfortunately (or fortunately?) we have not yet seen much concrete work done in these areas.

In a recent exchange with a friend on social media, I tossed out the theory that the one thing Republicans feared most in the wake of Trump’s election have not come to pass – that a man of his malleable beliefs would be open to some selected Democratic proposals in order to “do some deals” that could be popular with his base.  The Trump base is, as we know, not made up of traditional conservatives.  The Democratic tactic of “Total Resistance” has put the kibosh on any such cooperation.  It seems to me that the tactic is a bet on no progress now in exchange for much more progress after midterm elections.  Will this be a good bet?  I have no idea.

Another effect of the Total Resistance strategy that I have not seen articulated elsewhere is this.  Most of us have a little practical experience with old plumbing systems or electrical circuits.  These systems, even marginal ones, can usually function decently, so long as they are not taxed too heavily.  Because when the water pressure or current load gets to high there is failure.  And sometimes a mess to clean up.

I think we can agree that Trump, when criticized, is like a bull charging at a red cape.  It is my suspicion that the main purpose of the Total Resistance strategy by opposition in congress and the mainstream press has been to goad Trump into saying and doing stupid things.  To me, the strategy has been wildly successful in taxing his capacity to go through his days without popping off about things great and small.  We should not forget that the famous “shithole” remark was leaked out of a private meeting, probably because opposition leadership saw more upside to sharing another exploding land mine than to getting to an immigration deal.  I have wondered if Trump, in more typical circumstances, would have performed “more normally” than he has thus far.  Again, I have no idea.

What I do know is that he has made it harder than it should be for those who want to be in his corner, especially those who have had some second thoughts all along.  There are many for whom the conventional answers of the far left are not satisfactory.  Is Donald Trump as president “a port in the storm” or is he proving to be too poisonous?  I am sure you are getting tired of this answer, but – – – I have no idea.

Things could certainly have been worse.  I still think that, on balance, we are better off now than if Hillary Clinton had been elected.  Although it is early and there are many things that can go wrong in the next three years.  It has always been my fear that picking a bad candidate can get some short term wins but end up costing a lot of long term losses in the end.  Supporters of Herbert Hoover or Jimmy Carter had many years to rue lost opportunities.  The question is whether Donald Trump will fall into their category.  You guessed it – – I have no idea.