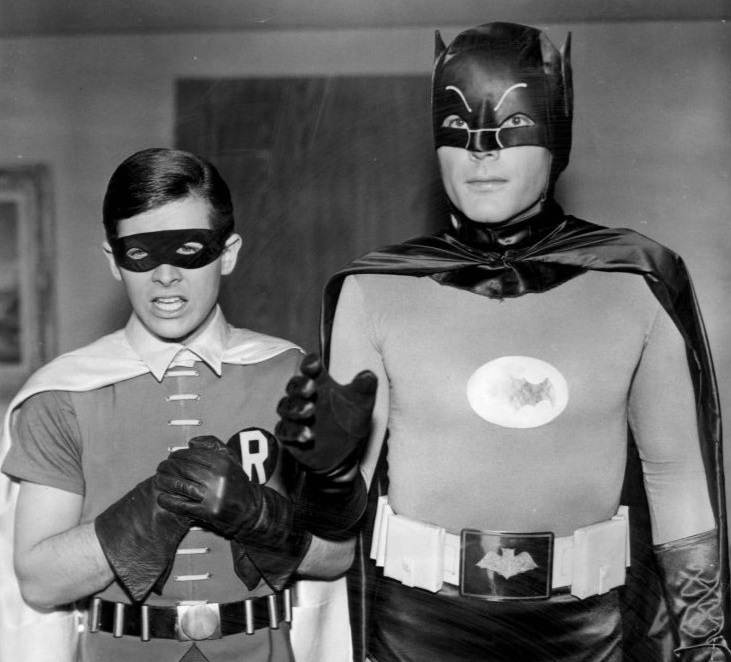 There was not a color television at my house until 1970.  There was certainly a television – a 19 inch Admiral black and white “portable” TV that my parents bought some time before 1961.  Back then a “portable” television wasn’t meant to be actually carried around.  It only meant that it had a handle on the top and could roll around on the flimsy fake-brass cart with the clear plastic wheels that scraped across the linoleum floor as it was wheeled from the family room to the kitchen so that we could watch as we ate.  Which got me into some trouble once.

My mother liked westerns and for awhile one of the local stations (there were only three) showed reruns of Rawhide during dinnertime.  I was pretty young and don’t remember much about it, other than that the black and white cowboys who were on this perpetual cattle drive were never very fond of the food being served up by the grizzled old guy in charge of the chuckwagon.

After becoming immersed in the ways of the wild west, I sat down for dinner one evening to discover that whatever was on the menu was not something I would have chosen.  It could have been my mother’s potato soup, but I no longer remember.  In my best imitation of Rowdy or Pete, complete with the imagined big hat and a pair of six shooters at my hips, I asked the question I had heard on TV:  “What is this slop?”

My mother worked and was not fond of time spent in the kitchen.  She also had a bit of a temper.  Have you ever seen a missile launch?  I did that night.  I don’t remember exactly what happened after that, but it was dramatic, I assure you.  I am surprised that none of the tableware melted.

In 1966 black and white TVs were still the norm in my suburban neighborhood – except at Kevin Bordner’s house.  I was part of the second half of the baby boom and my neighborhood was chock full of kids my age.  We spent most warm days and evenings out in a group at each others houses.  Until it was time for Batman.

The Batman TV show went on the air in early 1966 so by the time the weather was warmer it had become a favorite of everyone in the neighborhood.  Everyone under ten, at least.  It was even more of an event because it aired two nights in a row every week.  The Wednesday episode would begin the story and end in a cliffhanger, guaranteeing that nothing short of major parental discipline would keep us more than two feet away from our sets to watch the exciting conclusion on Thursday.

That was the season that Kevin Bordner became the King of the neighborhood.  Kevin’s father was an attorney.  Kevin was their third son whose two older brothers were in college around the time the rest of us were 7 or 8, which had the effect of making him pretty much an only child.  Material wealth, no sibling competition (in the natural predator sense) and older parents who were probably ready to move on from the hard-core discipline that the older boys likely got, well, you get the picture.

It wasn’t really Kevin’s fault that he became a bit of a despot.  I think anyone in Kevin’s situation and at that age would have been tempted to do the same thing.  I know that I would have.  Our better nature usually needs some help to eventually come forward and his eventually did.  But 7 or 8 years old is usually too soon for that to happen.  In case you are curious, it got worse when his family got the neighborhood’s only in-ground swimming pool the following summer.

Every Wednesday and Thursday the ritual was the same.  One of us would be chosen to do his very best job of hiding the urgency in his soul and, as nonchalantly as he could manage, ask Kevin: “Do you think your parents will let us come over and watch Batman at your house?”  “I’ll see” was always the response.  And this was when the sucking-up started.  We knew that it was all in the question Kevin would ask.  “Can some friends come to watch Batman tonight?” is a lot different from “You’re not gonna let my friends come over to watch Batman tonight, are you?”  We all hoped that with enough buttering up, Kevin would ask “the good question” and then with some luck we would be soaking up our favorite show as the Good Lord himself intended that it should be watched. 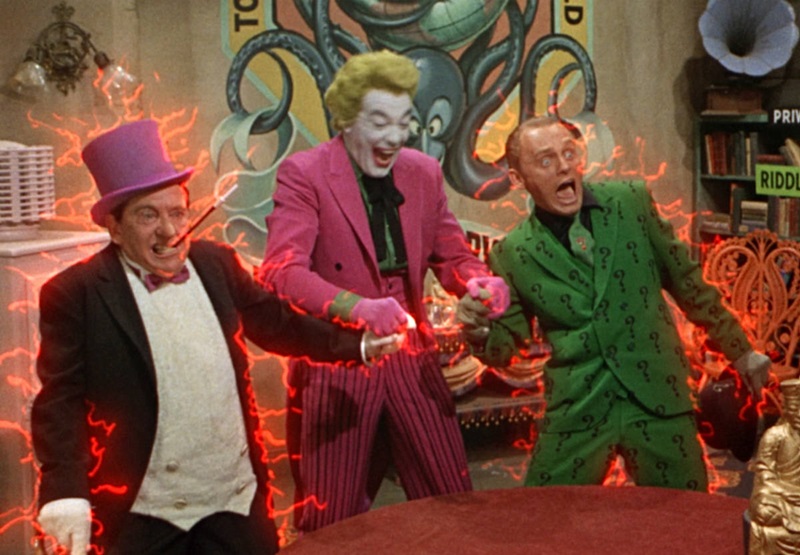 Just look at this scene.  It is plain that the stakes were high and we kids with black and white TVs knew it.

Looking back, I feel sorry for Kevin’s parents.  They probably only had one television like the rest of us, and adults in their 40s were probably ready to watch something other than Batman at the end of a long day.  I have no idea what else was on at that time on Wednesday and Thursday evenings, it was completely irrelevant to me.

About one time out of ten we would get invited over and crowd around the color TV to watch Adam West and Burt Ward mete out justice in Gotham City in glorious, spectacular, full, living color.   And anyone who has ever seen the show must acknowledge that if there was a show that just demanded to be seen in color, it was Batman.

We finally got a color television in 1970.  It is probably no coincidence that this was around the time that my Uncle Bob went to work for Magnavox, which meant that he could get us “a deal” on televisions.  Moving from a 19 inch black and white screen on wheels to a 21 inch color screen on wooden legs may not sound like a big deal, but let me tell you buster – it was.

I still remember the first show we tuned in:  It was a prime time prison escape movie called “Breakout” that has been forgotten by virtually everyone on the planet.  I didn’t really care what was on, just watching it in color was a huge improvement in our lives.  But I still remember a single regret that went through my head as we watched James Drury and his inmate cohorts make their way out of confinement:  if only we had gotten this grand Magnavox set four years earlier, I could have given Kevin Bordner some competition for the neighborhood crown.