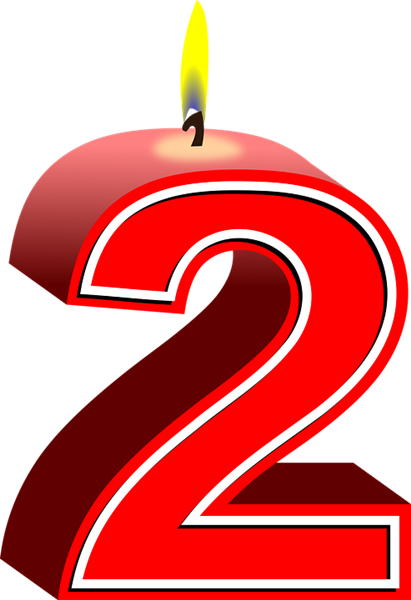 A little over two years ago, I got this wild hare to start a weekly blog.  I went live in July of 2015 and got all of 113 page views that first month.  Two years later and I am still here.  Have I learned anything?  A few things.

The first thing I have learned is that I have more discipline than I thought I did.  I have had something new every week for what is now a 104 week streak.  Alright, I have cheated a couple of times and made my post very short with perhaps a link to something else written over at Curbside Classic.  But with the number of exceptions you could count on a hand missing a couple of digits, I have rolled up my sleeves and banged out 800-1200 words for you to read each and every week.  Which is as close as I ever expect to get to an Iron Man competition.

I have also learned that this is a bit of work, though very enjoyable work.  I have found that writing makes me think more clearly so I have developed my thoughts on several topics in a way that I had not done before.  And anything that can clarify ones thinking is a good thing.

Another lesson:  There are some really cool bloggers out there whom I have found once they have come here, and whose blogs I try to read regularly.  In fact, some of those bloggers have a reach far in excess of this little effort that I am humbled that you have taken the time to come here and visit.  I hope I have made the effort worthwhile.  I am hopeful that I am right on this as I continue to experience a steady growth in readership.  Some of you will laugh at 1,000 page views a month, but I am awed that so many of you come here to check out what I have to say.

I have also learned that I love writing.  Which is a genuine surprise to me.  For many years I hated writing.  Detested it, actually.  But after some truly cringe-worthy early efforts over at Curbside Classic (is expungement a thing in online publishing like it is with certain criminal convictions in the law?) I began to hit a stride and, well, here we are.  Writing is both relaxing and gives me a sense of accomplishment when a piece is finished.  Is there possibly a better hobby than one that you enjoy and doesn’t cost you a cent?

I have also been a little amazed that I have continued to have thoughts that are capable of being developed to the level that can generate a decent blog post.  I will confess to having a batch of half-written things that have not (yet?) been able to sustain some kind of life, but their number is thankfully quite small in comparison to what you have seen.  I may run out of ideas one day, but that day is not yet in view.

And finally, I have learned that I am coming to terms with stats.  When I began over at CC I used to obsess over page views and comment totals.  Is there anyone who writes who doesn’t get an endorphin hit when people read his stuff?  But I am less concerned about that now.  But not so much less concerned that I don’t track page views, which continue on a growth track.  At the halfway point of this year I have seen page views only slightly below the total for all of last year.  Will my enthusiasm flag when growth inevitably cools?  I guess I will have to find out.

There are also some things that I have not yet figured out.  You would think that two years in I would have a formula all nailed down for a range of weekly topics, but that would suggest a level of mental discipline that I have never been able to muster.  I have not written as much on politics and religion as I had figured I would at the outset, and I am trying to decide if this is a good or a bad thing.  On the politics thing, my sense is that most of us are so thoroughly sick of the political warfare going on today that escape is preferable to engagement, so escape it has been.  But politics and religion are both topics that cry out for thoughtful, informed discussion as opposed to the shrill polemics that seem to be everywhere else.  So know that if you see more of those things here they will have been thought about a lot before you see them.

The one thing that continues to astound me is that my all-time greatest hit continues to be the very early piece I wrote on Brach’s French Burnt Peanuts, a favorite candy that was discontinued by its maker.  Week in and week out it continues to generate hits to the point where it has been viewed about seven times more than the next most read piece.  Seriously, Google “french burnt peanuts” and you will find my piece listed ninth on the first page of search results.  Is this the big time, or what?  I guess I need to write more about obsolete candy.

So as I begin another year, I want to thank you for coming by.  I know as well as anyone that there are countless demands on our time these days and know that there are many other places you could spend five or ten minutes than here.  So that you come here by choice is something for which I am very grateful.  I will continue to try hard to make it worth your while.