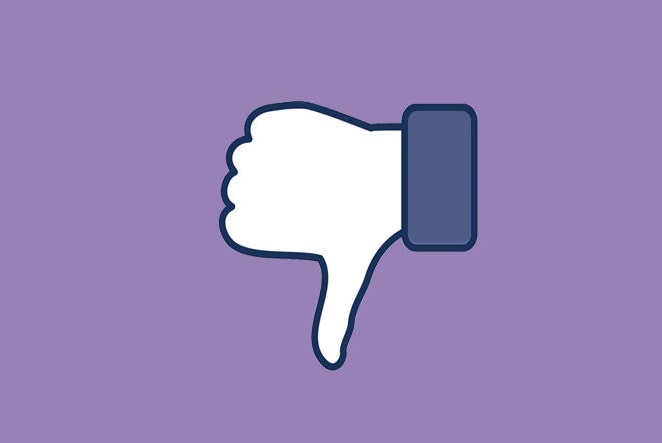 Earlier this spring was the beginning of Lent, a season which we Catholics mark (in theory) by a renewed focus on prayer, fasting and almsgiving.  Another longstanding practice is to give something up.  Giving up chocolate or beer is a nice way to make some changes to your life in a way that shifts your focus away from that loud, needy self, and toward higher purposes, but I have tried to go a little more radical.

I have given up other things in the past, like all alchol, sweets of all kinds, between-meal snacks and some other things.  But this year I went nuclear and gave up Facebook.  And in addition to some spiritual benefits, I learned a few things.

When I made the decision to give up Facebook, I was uncertain whether I could really do it.  I was spending way too much time scrolling through my newsfeed.  My inner compulsive feared missing some interesting thing posted by those in my circle of friends.  A trip, a family milestone or an interesting article were things I was reluctant to miss out on.

One of my great personal weaknesses is keeping in touch with those I know.  There are so many people I should visit, call, invite over or meet for a beer.  But I just don’t.  Is it because I am an introvert?  Because I have too much to do in my daily life and allow these demands on my time to interfere with friendships?  Because I am afraid that some of these friends are too busy to make time for me?  Probably all of the above.  Facebook has been a great thing for me in this regard, a way to stay connected to people I don’t get to see very often.

But on Ash Wednesday I pulled the plug.  Cold turkey.  I am an ex smoker, so I know all about cold turkey and it is not fun at all.  After a few days of withdrawal, I settled in and found other things to occupy my time.  So what did I learn?

First, FB is no longer a social network but a platform to deliver news and advertising.  From its inception, Facebook has billed itself as a “social network”.  It has developed as THE place to connect with friends and family.  In recent years, however, it has morphed into something else.  While I was tuning in to keep up on what those I know and (sometimes) love were doing in their lives, I was getting a higher and higher concentration of news stories and targeted advertisements.  That volume of stuff was stealing time from me, time that I was trying to devote to staying connected with those I know.

Second, a very small subset of my FB friends were contributing to the shrill and grating way in which we do political discourse these days.  Although I am a conservative, I consider it an obligation to read well-reasoned and well-written articles which support points of view that are different from my own.  After all, how can I understand an issue if I do not consider what others have to say about it?

Sources such as these, however, do not seem to get a lot of exposure on FB.  Instead, we get snarky memes and sensational headlines that tout clickbait articles like “You Won’t Believe Hillary Clinton’s Reaction To Bill’s Love Child” or “How Donald Trump Has . . . ” (It doesn’t matter, you can insert just about anything here and it would illustrate my point.)  I don’t want to read this stuff.  It does not try to persuade, but is instead only there to light the torches of the angry villagers before they head out to storm the castle during the lightning storm.  Or shoot someone on a baseball diamond.  I learned that I didn’t miss this stuff at all.

Third, I learned how a sense of calm settled over me when I no longer felt that inner drive to “keep up” with the newsfeed.  Before, I would keep scrolling and scrolling until I got back to what I had seen on my last FB dive.  Really, do they have to keep messing with the order of posts?  More than many, I have a need to be complete.  When I read something, I want to read all of it.  But when I released myself from that compulsion to finish what I started and to do a complete job of it (even on something as unnecessary as keeping up with a FB newsfeed) my level of serenity improved.  I was calm.

As family things settled down later in the day on Easter Sunday, I thought about my Facebook usage.  I actually considered not going back.  But in the end, I decided to go back, but with some different attitudes.

One is that I seem to have broken through my previously obsessive need to “keep up”.  Sometimes I scroll through my newsfeed and sometimes (more often) I don’t.  I am sure I miss things, but you know what?  It’s OK.

I have also resisted getting drawn into contentious topics.  Facebook is a terrible forum for debating serious issues.  FB does not allow the time or space to really develop thoughts or arguments, and it certainly does not encourage the kind of attention span that would lead someone to read through a 600 word comment.  If the issue and the forum is as likely to lead to a cheap, snarky shot as to a reasonable response, best to just keep walking.  Just because you can say something doesn’t mean that it is a good idea.

Finally, I reminded myself that there is some good stuff there too.  I love hearing from distant family and from old friends, and I missed these parts a lot.  Enough, as it turned out, to tip the balance towards re-engaging with The Monster.

I do not flatter myself by supposing that Mark Zuckerberg is among my readers.  But if he were, I would suggest that there was a tradeoff to be made between maintaining the kind of “social network” that he invented and becoming rich from it.  That tradeoff was made, and Mr. Z is a fabulously wealthy man.  He should not, however, be surprised if his choice results in more and more of us deciding that what he built is something that we are better off without.

After spending six weeks away from Facebook to think about my life and what part Facebook deserves to play in it, I decided that Facebook’s claim on my time is a lot more tenuous than I would have believed a few months ago.  And I don’t think I am alone.

26 thoughts on “Things I Learned During My Facebook Vacation”