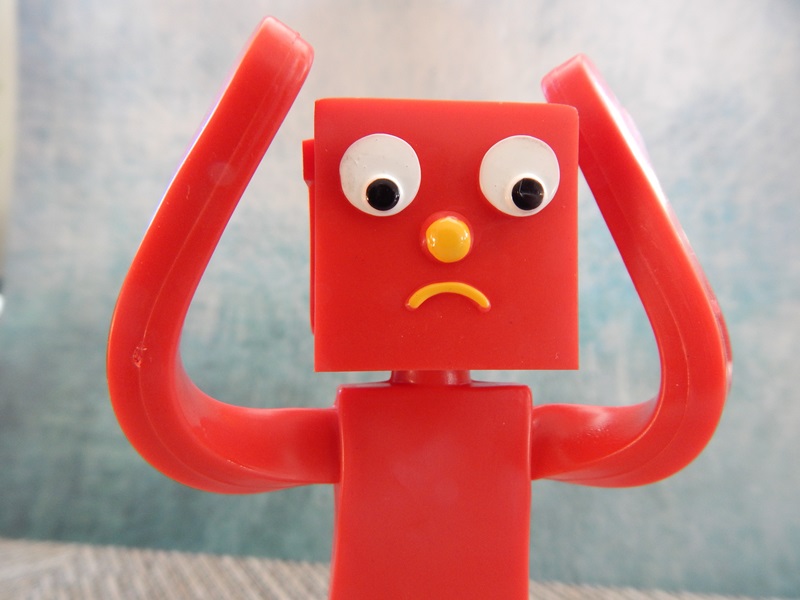 We are hard into Graduation season, a time marked by the many young people who have finished their college educations and are preparing for that thing known as Real Life.  Real Life requires an income and, for most of us, an income requires a job.  Which brings me to interviews.

The job interview is a rite of passage.  Many of us sat through our first interviews as teenagers, as I did in a booth at a Burger King.  (I got the job).  Most of us will also have many job interviews as our lives and careers progress.  But sometimes a job interview goes wrong.  Very, very wrong.  This story is about one of those.

In the spring of 1984 I was nearing the end of my second year of law school.  This is the time when students interview in earnest for that coveted position of Summer Law Clerk.  A Summer Law Clerk gets what is often the very first look at what law practice actually looks like, as opposed what we think it is based upon TV, movies and maybe an acquaintance with a real live attorney.

These are temporary jobs but every fresh law clerk hopes that a job well done will lead to the offer of a real job upon graduation.  Therefore those clerking interviews carry some high stakes for the student.

In my law school days the computer was still an exotic thing.  Our job search was usually begun by standing in front of an expansive bulletin board in the law school building’s lounge area.  Tacked to this bulletin board were dozens of white three by five index cards, each with the typewritten description of a job and how to apply for it.

The biggest firms made clear that anyone outside of the top ten percent of the class would not be considered, which eliminated me.  But I was in the top one-third and on the law review so I was a good candidate for mid-sized and smaller firms, and there were plenty of good ones in my city.

For one in particular, I copied the information on the card and sent a resume.  A couple of weeks later I returned home after the day’s classes and found that a letter had arrived from that firm, requesting that I call to set up an interview.  Which I promptly did.  I spoke with an attorney there and we agreed upon a date and time.  We each entered the appointment in our respective calendars and said goodbye.

The day came and I was both nervous and excited, as is probably anyone in a similar spot.  I wore my best navy blue suit and had a good shine on my shoes so as to make the best impression possible.  I located the office tower and then the suite, where I approached the receptionist.   After a pleasant hello, I gave her my name and told her that I was here for the afternoon interview.  One look at her face told me that something was amiss.

The attorney running the interview process came to the reception area and introduced himself.  “There seems to be some confusion, we were expecting you yesterday.”  He immediately added “but I have some time and I’m sure we can fit you in this afternoon.”  This was when the little voice in the back of my head said “Just shake hands, thank the man and go home.”  But the rational part of my brain overruled the little voice by reminding me that if I left I would have zero chance at the job and anything better than zero is, well, better than zero.  I resolutely accepted his offer to proceed.

Thus began the most excruciating job interview of my life.  The process was an initial interview with the attorney running the clerk program, followed by a series of roughly fifteen minute interviews with several of the firm’s other attorneys.  Each of these began the same way, with being walked to the office of the next interlocutor and being introduced “This is the young man we had scheduled for an interview yesterday.  Do you have a few minutes to talk to him?”

Everyone I spoke with that day was gracious and tried hard not to make me feel bad.  One exchange (that has stuck vividly in my memory for over thirty years) was with an attorney who chuckled and said “Don’t feel bad, something like this happened to me too.”  I was swept by a huge wave of relief – Finally there would be someone who came back from a similar experience and went on to a successful career.

He continued “I had an interview scheduled for the day after I was to return from an out of town trip.  But we had this huge snowstorm that closed the airport and I could not get a plane out until the next day.  The firm was very good about it and interviewed me a few days later.”  That wave of relief ebbed quickly as I heard the rest of his story.  It took every ounce of control I could muster to keep from replying “So you missed your interview because you were snowed in hundreds of miles away.  Actually, that is nothing like this at all.”

After the last interview I shook hands with the head guy again and thanked him for going to the effort to make the accommodation.  I went home and gave each of my roommates the biggest belly laugh of the semester when I told them what had happened.  And in case any of you is still wondering, I did not get a job with that firm.

Now, about that scheduling issue.  Could I have messed up the date?  Of course I could have.  Who among us has not made an error when putting an appointment in a calendar.  I will, however, go to my grave convinced that I am the one who marked the appointment on the day we discussed on the telephone and that the attorney on the other end of the phone (or someone on his staff) was the one who made the slip.  This was before the era of email so, lacking any kind of written evidence, we will never know which of us actually goofed up.

I tell this story for a couple of reasons.  First, looking back I would have done a thing or two differently.  First, I would have simply rescheduled.  I would also have followed up with a letter to get across that while I might have been the cause of the misunderstanding, I believed that it was just as likely that the error was made by the firm.  Would it have made a difference?  Probably not, but as I learned long ago, there are times where you have to stand on your understanding of what happened because nobody else will.  When interviewing for a legal position, I suspect that it is better to be the guy who was willing to overlook an institutional mistake than the guy who confirms the firm’s assumption that he is incapable of operating an appointment calendar.

Another thought is that perhaps that little voice in the back of my head was right.  No matter what I might have said or done that day, there was really no way to avoid being “the guy who messed up the date”.  Perhaps the best play of all would have been to look the lead partner in the eye in the reception room and say “Well, one of us screwed this up.  You are not interested in hiring someone who cannot get to an interview on the right day and I am not interested in working for a firm that cannot be counted on to schedule an interview on the day we discussed.  So where does that leave us?”

In all likelihood, such a course would have left us right where we actually ended up – with me getting hired as a law clerk somewhere else.  Except that I would not have been able experience and share with you the worst.  job.  interview.  ever.