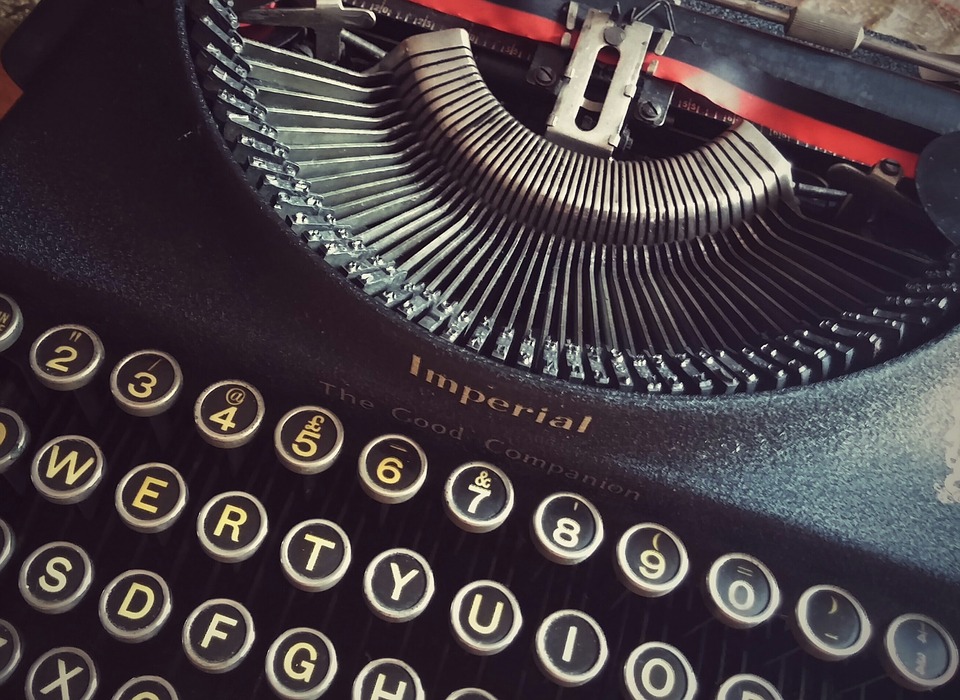 I love to read.  If circumstances allowed, I would read much more than I do.  Still, I do not consider myself a “literary person”.  But for an ordinary guy, I have gotten to meet more than my share of published authors, all purely by happy accident.

I went off to college in the fall of 1978.  My best friend and I were roommates (and clueless freshmen) that first year.  Dan had a great aunt and uncle who lived in town and invited us to dinner a couple of times.  As  Dan’s sorrowful freshman roommate, I was allowed to tag along for my first dinner at a professor’s home.

The home-cooked meal was a treat, as was the delightful evening of conversation that followed.  Dan had told me that his Uncle Bert (then a professor emeritus of history at Ball State University) had written a book on the Miami Indians at one time, and I was a bit intimidated at first.  It turned out that there was nothing to be intimidated over, as the Ansons were a delightful couple.  We did not talk much about the Miami, but did chat about a wide variety of other things.  I especially remember being fascinated at the way a man could make pipe-smoking almost a spectator sport with all the filling, tamping, lighting, digging and periodically smoking.  This, I thought, is a college professor, and in all in the very best sense of the term.

I will confess that I have never actually read his book.  But I did get a good laugh when one of my children brought it home from the library during a school research project.  I got no small pleasure from picking up the book and casually, even a bit smugly, remarking “Bert Anson.  Had dinner at his house a couple of times in college.  Great guy.”

My second brush with a published author involved a man named Don Butler who wrote a book on the history of Plymouth and DeSoto cars.  He had been an automotive designer/stylist after the Second World War, first at Hudson and later at the Chrysler Corporation until his retirement in the 1970s.  I had bought several other books in this particular series and picked this one up because of the subject matter.  In the “About the Author” blurb it was mentioned that he was originally from Oakwood, Ohio.

I walked to the kitchen to ask my mother, who had grown up with an Oakwood address, if she had ever heard of him.  “Heavens yes, we’re related” came the reply.  She laughed at the idea my question implied, that there was such a thing as a stranger in a teeny place like pre-1950 Oakwood.

Mom had kept in contact with him and at one point asked if I would like to go along for a visit.  Well of course I would.  I had a difficult time not monopolizing him about his years in automotive styling and had to restrain myself during the bulk of the conversation that involved family memories and things about the people they knew in common.  He was gracious enough to autograph my book and show me around in his basement office where he kept a treasure trove of research material.  At that time he was working on another book on Auburn Cord and Duesenberg, and was excited about the project.

Don and his wife were wonderful hosts and it was a great pleasure to get to know them a bit.  Had I been a little older when this meeting took place, I might have done a better job of getting to know him on my own.  This was, unfortunately, before email had become common and during my busy years of law school.  I would someday like to write something on Don, one of the unsung designers who spent most of his career doing interior details as well as badges and emblems.

The third of my collection of authors I have personally known comes more  recently, and is a man whose book started me on this topic.  Don Goergen, O.P. is the Student Master the Dominican House of Studies in St. Louis.  We have visited the Dominican Priory there a handful of times and have gotten to know Don a bit.  He is a man with a keen sense of humor as well as one who has been given the job of corralling students at an age when most men in religious life are past that sort of thing.

At our first Parents’ Weekend, Don gave a talk about St. Dominic.  He was a good one to make that presentation because he was well along the process of having a book released on the Saint.  Don’s book came out about a year ago and I have purchased and begun reading my copy.  Dominic’s story is a good one, but one that has been told surprisingly few times in the nearly 800 years since his death.  For one who figures so largely in Catholic history since the middle ages, Dominic himself remains fairly obscure.  The book is quite readable and one where Don’s scholarship does not overcome his ability to tell a story.

I am sure that not every published author is a warm human being possessed of wit intelligence and generosity.  But those whom I have met have possessed these qualities, and not in small amounts.  None of them ever made the New York Times Bestseller List, but then few authors do.  Each, however, had knowledge and some stories worth passing on and did so quite well.  And if my few interactions are any guide, they did so in more ways over their long lives than just by writing their books.

6 thoughts on “Hobnobbing With Authors”