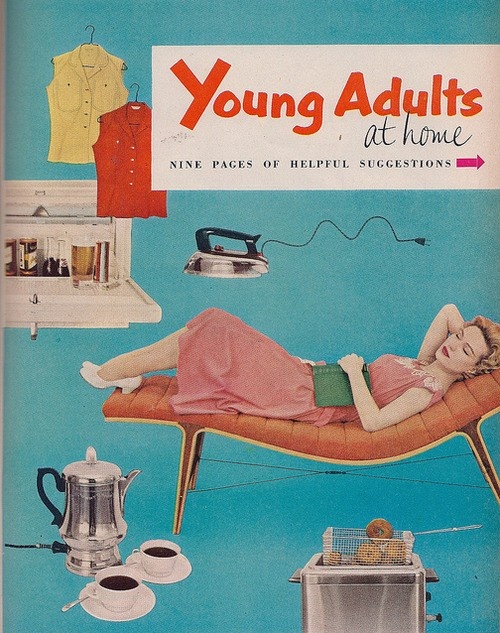 The end of August is upon us again, and just like years past, the house is getting quiet.  When our oldest left for college several years ago now, it seemed quite strange.  We had been, you see, a family of five.  But suddenly, we were down to four.  And so it went, because every two years we lost another one to higher education.

Thus began the cruel cycle.  Just as we would get used to a diminished number of people at home through the school year, the little boomerangs would come flying back, bringing us back to full strength.  But with a difference – after a year or more on their own, they all had developed the irritating habit of wanting to do things their own way.  Now the Mrs. and I have been out of college for quite a number of years, and as much as I might have stayed out for all hours and never felt the need to tell others about my comings and goings, this was not the way we live our lives these days.  So, some adjustments were called for by all concerned.

Kids in college really is a transition where they test the waters out on their own, but still have a place to call home.  I remember being the same way at that age, wanting all of the benefits of a  permanent home, yet the freedom to run my own life.  A tough balance – and just as tough on the parent as on the child, as I have discovered.

Life seems to come in stages.  First are the diapers and high chairs.  Then they start elementary school.  Then middle school, and finally high school.  Each phase brings its own joys and its own problems, but because the transition between them is so gradual, adjustment is easy.  But now, the adjustments are sudden and hard.

Two summers ago was going to be our big change because our eldest was going to be going out into the big wide world to make his mark.  but instead of that job in sports broadcasting, he stayed home for another summer before leaving for life in a religious community.  After being home all summer of 2014 and not home at all for 2015’s summer, this year saw him back for several weeks (over two stretches, one early and one late).

Our middle son graduated in May and has been home as he begins a job and prepares to find his own place.  Once that happens I cannot conceive of any set of circumstances other than grave illness that will bring him back home.  He plans to grab onto of the world of advertising, and does not see himself coming back to the twin bed in his old room every night after each day of professional wordsmithing.  And in this I don’t blame him a bit, because this is as it should be.  When I was that age, the very last thing I wanted was to go home every night to the place of my youth where I would forever be a child rather than the adult which I had become.

Our daughter, the youngest, is beginning her junior year, was also home all summer, but has been talking about the possibility of an internship or a job out of town next summer.  Could 2017 be – a year round empty nest?

As I began to say earlier, I am finding that the most difficult part of this period of many transitions is the unpredictability as the nest gyrates wildly between empty and full.  These seasonal upticks in our family census make it difficult to settle into the kind of routine that I tend towards.  But perhaps these shocks to the system are good for me, and in any event they are lurches that I am trying to accommodate.

I am going to confess that I have enjoyed the periodic stretches of empty nest (though at the moment, I am having a hard time remembering back that far, as early May was a long time ago).  It is, however, a little bittersweet to think that the noise, the bustle, the comings and goings and the streams of kids and their friends in and out could be over.  Change of life’s seasons, and all that.

I am going to miss the constant infusions of life that twenty-somethings can bring every time they breeze into the house.  I will not, however, miss the friction over old chores that Mom and Dad expect to be done while the young lads and lass see little need for such things.  After all, didn’t this stuff get done when they were not here?  Yes it did, but there was not as much of it to do.

Most of all, I will miss the normal interactions of life: the short conversations, the shared jokes, and the dinners together.  I also find myself wondering if their absence will accelerate my own aging process as I lose the daily personal contact with active, engaging millennials and spend more and more time around other geezers like me.  But I also look forward to a little more order in life, and a little more freedom to do what the Mrs and I want to do without taking others’ plans into account.

We expect to cross that threshold within a few weeks, and will finally put one foot into that final stage of parenthood which involves at least one adult child who heads up his own residence, a place where he will be the host and we parents will be guests.

For years, we have told our children “hey, we had a life before kids, you know.”  So now I suppose it will be up to us to prove it.  But maybe just for fun we should show up at our son’s place with a bag of laundry, asking if he has anything to eat and a few extra dollars for going out later in the evening.  We are not so old that we have completely forgotten the skills of young adult life.