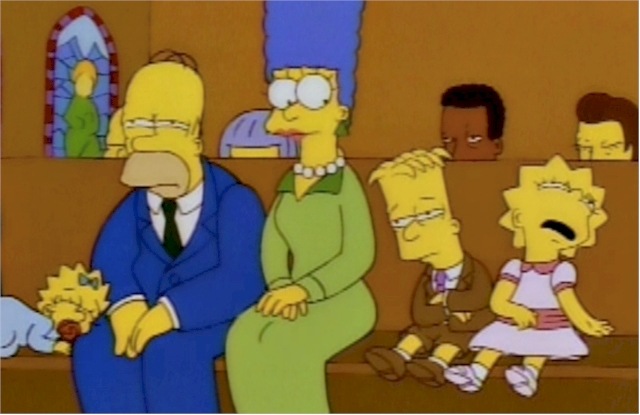 I have written several pieces that deal with various parts of Catholicism.  Whenever I read a piece of non-fiction writing, my initial question is about the writer’s point of view.  That is, where is the author coming from?  This is a fair question for those reading this blog, so I thought that perhaps this would be a good time to shed some light on my background and how I came to the point(s) of view that I hold today.

Don’t expect that this will be a start to finish story.  Rather, it will have to come out at its own pace, and in some number of parts yet to be determined.  But here is how it starts.

I was raised as a moderately observant Lutheran in Fort Wayne, Indiana in the 1960s.  My father had been raised Catholic in the Philadelphia area, but by the time he married my mother, he was pretty well through with the Catholic Church.  My father died about fifteen years ago, and it is one of my great regrets that we did not have the conversation that would help me to understand how he got there.   But get there he did, and during my parents’ marriage, he was a Lutheran too.

My parents divorced in the later 1960s and my father eventually became a member of a United Methodist congregation after he re-married, an affiliation he retained (along with my Step-Mom) for the rest of his life.

My mother came about her Lutheranism the way most people did – her mother was a Norwegian Lutheran, as had been her mother before her.  It was just who she was.

Going to church was something that adults did, and I got dragged along.  I did not enjoy it one bit.  We belonged to a very large congregation and my mother was never one to really become involved there.  Also, pretty much nobody in my neighborhood or my class in school belonged there.  Add in the fact that my sister and I attended about 50% of the time (when factoring in weekends visiting Dad) and it was sort of a place full of strangers where I was just kind of anonymous.

At one point of my adolescence, I became actively disruptive about the whole thing, to the point of getting kicked out of a Sunday school class one day for being an incorrigible smartass/jerk.  In later years I felt bad for what I put that poor volunteer Sunday school teacher through, a nice guy whom I actually kind of liked.  But in my “I’m not going to just go along with this” phase, I didn’t let that get in the way.  Fortunately (and for a lot more reasons than just church) that phase soon passed.

As I got older, I attended less and less.  During my college and grad school years, I can safely say that I did not even once go to church unless I was at home and my mother talked me into going with her.  It wasn’t that I was an atheist or anything, but I just didn’t see the point.  God was up there, I was down here, we knew that either of us could call on the other if it became really necessary, and there just didn’t seem to be any point to carrying it beyond that.  Perhaps I might have become an athiest if I had expended the energy to really think about the question.  But it was easier to just go with the flow on the religion stuff and spend my time on important things like cars and music and movies and spending time with friends.  And drinking, of course.  A college student must have some priorities.

I can still recall the day a month or so after I had graduated from law school when I sat in my apartment and thought “Damn.  I’m an adult.  And one of the things adults have to do is go to church.  I guess it is finally time to find a church to join.”  There was a long sigh at the end of that thought, because I did not relish the idea even a little.  But when you have been raised among Germans, you know that there are rules to be followed, and that if I expected to be any kind of a decent human being at all, I would just have to get with the program.

I found a small Lutheran church in an established older neighborhood on the north side of Indianapolis.  The following Sunday, I screwed up the courage that my introverted self was going to need, and went inside.  I quickly discovered that one problem with small congregations is that it is pretty well impossible to be anonymous there.  After a couple of visits (which covered a space of four or five weeks, if I am being honest) the Pastor asked me my name and whether I lived in the area.  He was a very nice man and made it clear that I was welcome there as often as I cared to come.

I eventually chose to formally join.  The pastor asked if I was a current member anywhere, and I told him that I had never transferred my membership from my childhood church in Fort Wayne.  He became a little concerned when I told him that it was a part of the Lutheran Church, Missouri Synod (LCMS), because his church was part of the much less conservative Evangelical Lutheran Church in America (ELCA).  But it turned out to be a non-issue with the prior church (as it was with me).

I attended a few Sunday classes with the pastor and one other new member, where we talked a bit about Luther and the Reformation and about the Lutheran take on various Christian doctrines.  In a nutshell, there was Jesus, then the early Church, then everything came off the rails.  Luther came along and tried to fix it but got kicked out for his trouble, but he fixed the problems and there we were.  I was always a little uneasy about how all of the rest of the reformers didn’t know when to stop and took things varying degrees of too far, but I didn’t really follow that line of inquiry.  It was all very congenial and I felt more-or-less at home, to the extent that it was possible for me to feel at home in a church environment as a single guy in a congregation that was some families and a lot of older people.

My first great conversion to Christianity came when an announcement was made at the end of Sunday services that a volunteer with a pickup truck was needed to pick up some donated furniture.  Well, I had a pickup truck.  How could this be anything but a person-to-person call directly from God?  Hey everyone, look at me – I’m volunteering at CHURCH!  My great awakening only intensified after I accepted an invitation to start cutting the church’s small lawn every few weeks.  Yessir, everybody – I’m all about the yardwork for Jesus.

As stupidly pathetic as this sounds to me now, I was for the first time experiencing what it felt like to actually belong to and be a part of a church congregation, as opposed to just showing up from time to time as “anonymous guy”.

This “conversion” was a little deeper than just something on the surface.  I was getting older and started to pay more attention to matters of faith.  But it was not a very deep attention.  I read through a Bible (the “rock version” as opposed to a “classical” one) and was amazed at how some of the stories I had been taught as a child came back.  But it was all quite simplistic, and I had no real desire to dig much deeper.  Go to church sometimes, be a good person, pray some, wasn’t that about it?

All in all, it was a very comfortable and normal and undemanding faith life that I led.  The rest of life was quite agreeable as well.  I was in my late 20s, an associate at a small law firm, owned a small house, and was well on the way to the American dream.  Yes, I was now one of Richard Nixon’s Silent Majority, only about twenty years later, and life was quite serene.  And then I met that Catholic girl.