OK, I have not written anything controversial in awhile, but with the Climate Change Summit going on in Paris, a question or two has bubbled up in my little pea brain.  But before I raise the question(s), a little bit of set-up.

I remember when “Climate Change” was just plain old “Global Warming.”  And before that, I remember back in the 1970s when the scientific community (or at least parts of it) was wringing its figurative hands about a coming ice age.  But more than that, I remember something else.

My father had a heart attack in the very early 1980s.  He was a bright guy and knew that this was a serious matter (especially at age 46) and set about seeing what he had to do about it.  The received wisdom was to cut dietary fat and cholesterol, and to replace it with carbohydrates for energy.  A near-elimination of salt was recommended as well.

But the intervening years have shown that the “eliminate saturated fat” mantra was based on some seriously flawed science, and the emerging consensus seems to be that a moderate amount of saturated fat is not a horrible thing, so long as trans-fats are avoided.  Carbs, however, are not considered anywhere near as benign as they were in the early 80s.  So, if my father were getting the best advice today, it would be quite a bit different than it was in, say, 1981.

So, here is my question.  The human body is the same now as it was decades (and even centuries) ago.  Modern science has had an almost unlimited opportunity to run reproducible, peer-reviewed experiments with controlled dietary inputs and measured outcomes.  Yet what they concluded by 1980 (a time far from a scientific “dark age”) was quite wrong.

And if the medical community was so uniformly wrong about something as observable, testable, and measurable as the diet’s effect on the human body, how am I supposed to have so much more faith in today’s scientific community in its conclusions on something with such limited abilities to observe, test and measure?  Particularly when the conclusions are so different from what they were forty years ago.

Given an earth that goes back for somewhere between 6,000 and 4.5 billion years (depending on who is doing the counting), one can wonder how we can measure climate patterns over the last 100 or so years and conclude that we have observed the entire cycle rather than just a part of it.  Which is a big question.  The scientific community deals with this through computer models.

About computer models.  I studied economics in college, about the time that econometrics (or the quantitative study of economics as modeled by computers) was becoming a thing.  The programmer’s rule of “Garbage in, Garbage Out” applies no less to computer modeling than it does to programming.  There is an old joke about economists that asks “How many economists does it take to change a light bulb?”  The answer is “None, assuming that the bulb did not burn out to begin with.” 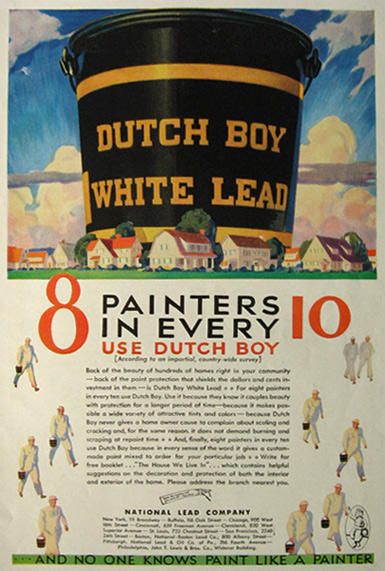 But I am qualified to look at scientific hubris through the ages.  My mother-in-law remembers going to the shoe store and watching real-time X-Rays of her feet through new shoes in the 1930s.  There was also a time when it was considered a great idea to put lead in gasoline and paint. And more recently, fears of the world running out of oil have given way to OPEC’s impotence because we are awash in the stuff.  In each case, years of experience and further study proved that what was “consensus science” at one time was considered just plain wrong in a later era.

There was another phenomenon that I observed in my time of studying economics.  Some economists allowed their economics to dictate their politics, while others reached their political conclusions first and used economics to support them.  The same is true in law.  As a practicing lawyer, when I take on a client, I must advocate for his position and do my best to make the law fit my client’s need.  A judge, of course, should do the opposite, by interpreting the law first, and allowing that conclusion to dictate the outcome.

I have no illusions that climate scientists are any different from economists or from lawyers and judges.  With so much political significance to the issues of climate change, it would be naive to believe that the entire scientific community is science first, politics second (if at all).  Sadly, the modern discussion seems to have reached the point where open discussion even among scientists seems increasingly rare.

We should not also forget that for those of us who do not live in the world of climate science, we rely on the mass media to summarize and disseminate these scientific truths, because none of us is qualified (or will take the time) to pore through the reams of scientific journals on the topic.  The media’s role as translator between the scientific world and our own would seem to be another link that bears consideration.  Could there be an agenda?  Could there be too much money and prestige at stake for both science and media?  I have no answers, only questions.

What I do know is that through a few millenia of recorded history, people have been living, dying, and creating a lot of CO2 in between (in addition to that which was occurring naturally).  They got along then in pretty much all of the places that they are getting along now, with long cycles of warming and cooling within a fairly narrow range.  North Africa was not constantly besieged by blizzards in the time of St. Augustine, and nobody is sleeping under mosquito netting in the Swiss Alps today.

I am all in favor of clean air, clean water and good stewardship of the physical world.  I am delighted that pretty much nobody is heating a home with a coal furnace today and am also happy that many other bad or wasteful environmental practices have been reduced or eliminated.  I only suggest that the scientific mind is a human mind, and the human mind has been subject to pride and hubris since the very beginning.  And this is something that we ought to be taking more into consideration than we seem to be.

I am all in favor in science, and think that an open and robust scientific debate is a good thing.   However, it is indisputable that there has been in place for all of history, a climatic system that has proved to be quite durable, stable and resilient.  But what I am not hearing much discussion of is whether we modern humans are genuinely up to the task of fouling this system up.  I do not mean to suggest that what has always been will necessarily always be.   But sometimes past performance does indeed predict future performance.

So, those are my questions.  And, to be clear, I am not wearing a tinfoil hat as I ask them.  I am not a climate change denier, nor am I beating the drum for what is being sold as the current scientific consensus.  I like to think that there is room for a middle ground.  Let’s call it the open-minded skeptic.

11 thoughts on “Some Questions about Climate Change”