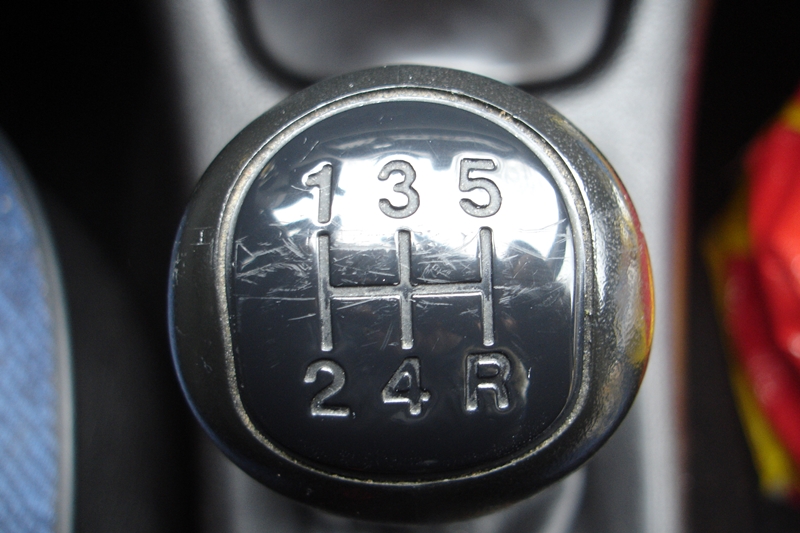 I am happy to report that my wellspring of fatherly advice has not yet run dry.  Or, perhaps more to the point, demand for it has not tapered off to completely nothing.  I report this because I was able to pass on a skill of a well-rounded adulthood that is slowly vanishing from the scene.  No, I have not been teaching my children the fine points about smoking a pipe (something that I shall be able to take up again only upon the premature death of the Mrs.)  Instead, I have passed on the ability to drive a car with a manual transmission.

I have reached the age where much of what I have to teach my now-adult children is more in the way of a negative example (“Don’t do this the way I did . . .”) than of the positive one (“here, let me show you how to do this.”)  When they were younger, I was a genius.  At least in my own mind.  There was no limit to the things I knew how to do, which they would lap up like little sponges for as long as I was there to dole out the wisdom.

Tying shoes, riding bikes and tying neckties are all holes that have been punched on my Fatherhood card.  And just as I have been fearing that I am about to run out of things of worth to pass along, I was hit up for some tips on driving a stick shift.

Those who know me know that I am a “car guy.”  If it has an engine and wheels, it has my undivided attention, and I will happily spend as much time as I can with it.  As a car guy, especially one who got a drivers license in the 1970s, driving a stick was one of those essential skills that one simply couldn’t do without.

I had been fortunate that part of my childhood was spent in a country setting where there were tractors to be driven.  Though I did not live on a farm, my father had an old Oliver tractor on his property, and I was allowed to start driving it quite early.  Tractors (at least tractors built in the early 1960s) did not have automatic transmissions.  So I learned about what a clutch pedal was and how it affected my life as I got that tractor to move from here to there and back again.

In the fall of maybe 1974, about a year before I had my drivers license, my cousin Butch came to visit.  Butch arrived in a yellow MG Midget, a car a small as its name implies.  By this time, I had spent hours on that tractor and hours more pretending to drive all manner of stationary cars that happened to have stick shifts.  With enough imagination, clutching and shifting non-running cars provided some of the “second nature” that makes something that is not all that intuitive into something very familiar.

Teenagers can be pretty skilled at manipulating adults into doing their bidding, but on one fall day I amazed myself at how well such a thing could work.  As Butch and my Mother were talking, I casually suggested that maybe Butch could take me out and let me drive his car around the neighborhood.  My Mother had let me do this a time or two by then, and Butch certainly didn’t want to be a bad guest, and I watched in amazement as both of them seemed OK with the idea.  Frankly, I had seen the move as a gamble that was unlikely to pay off.  But it did.  I probably got about a half an hour of wheel time in the MG that evening, and the way I remember it, I was not too bad with the clutching and shifting.

Over the ensuing years, I have not been a die-hard shifter, but have had enough manual transmission cars sprinkled through my car-history that I long ago took for granted that I could drive a car with three pedals as well as I could drive one with two.  In fact, all things being equal, I prefer a stick to an automatic.  I lobbied for a stick a time or two when buying new cars, but was always vetoed by the Mrs. (who has lots of years of practice shifting gears, but sort of feels that she has graduated beyond such things.)  When I got my Miata a little over a year ago, I was thrilled that it was a 5 speed.  It took a couple of days for me to knock the rust out of my technique, but soon I was happily shifting away.

That Miata was the catalyst for my eldest to ask if I would show him how to drive a stick.  I was, of course, delighted.  Dispensing (appreciated) fatherly wisdom and spending time in a car are two of my favorite things, and here they were together.  And off we went.

This proved to be nowhere near as anxiety-inducing as when he started driving early in high school.  He has logged many thousands of miles since then, and has been a good driver.  We started out at my office parking lot on a Saturday afternoon and after a few laps involving bumping the car along with only the clutch pedal, he graduated into shifting through the first three gears.  But at some point, it became necessary to go out onto, you know, real streets.  And so we did.

First gear starts on inclines are always a sweaty-palm moment, and he got his experience with this troublesome maneuver right out of the gate.  After the first couple of stalls, another car approached us from behind, upping the stakes.  Two more stalls burned about half of the margin between our bumpers, and I will confess that I was beginning to get just a touch anxious.  The next try, however, was a success.  Some tire chirping and bucking was involved, but a success is a success (which I define as anything that does not involve a collision.)

After about an hour or so, we had driven all sorts of roads and he had gotten to the place where he could get the job done if a stick shift were required.  There will be no prizes for smoothness for a little while yet, but that will come with practice.

He wondered if he was learning a skill just in time for it to become obsolete, given the increasing scarcity of three-pedaled cars in today’s world.  I, however, refuse to believe that the ability to drive a car with a clutch will be without value any time soon.  At some point, he might find himself in a group of young adults who become stranded somewhere far from civilization.  And cell service.  When that happens and the only mode of transportation available for seeking help is a battered Ford pickup with a stick shift and all of his friends are looking at it with fear and uncertainty, he will be the guy to say “I can do it.”  And I will have done my job.